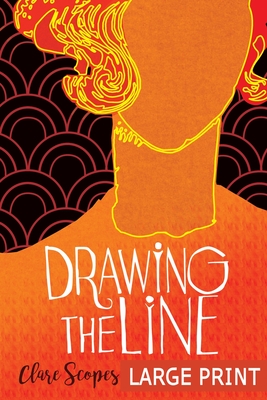 Drawing The Line
No Ladies in Room A3

Headstrong, privileged and naïve, twenty-seven-year old Maggie Goodwin arrives in 1938 Los Angeles with a singular aim; to become the very first female animator at the greatest animation studio in the world, Harley Studios.

But her plan to bust down the door of Room A3 soon hits a brick wall. A very particular brick wall.

The animation department is a man’s world, a world where men draw the lines and women are expected to stay between them. The boss can’t abide the idea of a woman joining the ranks of his top men and sends her off to the Paint and Ink Room to color-in with the rest of his battalion of girls.

There, Maggie spends her days applying blue to an endless procession of twirling skirts and befriends fellow Paint and Inkers; Clara – bottle-blonde mistress of the boss, and Harriett – disgruntled unionist with an axe to grind and a husband who’s hit the rocks.

And then there’s Ted, a kindly admirer who’s rather handy with a spanner but doesn’t have much to say for himself. Besides, Maggie much prefers the attentions of Art, Harley’s trouble-making, wavy-haired animator who looks terrific in a zoot-suit and knows a great deal about pencils and furry cartoon critters.

But the Harley behemoth isn’t exactly the united front portrayed in magazines and trade papers. Not everyone is happy about busting their guts to get the studio’s blockbuster wrapped up for the holiday season, especially Maggie’s new unionist pals. And when the boss wields a stick instead of a carrot there are rumbling in the ranks, rumblings that can’t be cured by a free night out on the town or a big-wig party in the Hollywood hills.

So, amid talk of a strike, Maggie finds herself stuck between a rock and a hard place. If she wants to impress the boss she’ll have to step on some toes and make use of a stellar connection…not to mention turn a blind eye to her liberal ideals…

I was attracted to Drawing The Line by the historical themes on women in the workplace and industrial relations. I was aware that it also had a romantic angle and rather hoped that the former would outweigh the latter. I was sorry that for me, it didn’t.

Clare Scopes chose a fascinating time to set her book with the USA, including even the growing movie industry of California, suffering from the Depression. Times were hard for many and any welfare was meagre.

I found the details of animation production interesting and far more laborious than I had ever imagined. As with many industries at that time – and much later – the workforce was split between men and women’s tasks. Whilst Clare described this aspect of the story well there were times when she fell into the easy trap of using 21st century reasoning to criticise mid-20th century society.

The text was easy to read and the storylines were simple to follow. If anything the action could have been more hard-hitting; if it was a Sunday evening TV drama it would have been screened at 8pm, rather than 9pm. I felt that Maggie was rather naïve for a 27 year old in the 1930’s. The other characters provided a reasonable mixture of stereotypes.

To return to the romance, it will no doubt be appreciated by the author’s target audience but I found it a little sugary. Fortunately we are spared from too much detail. My other concern was why she was even attracted to him. I won’t spoil the plot but read the book and see if you agree with me.

In summary I found Drawing The Line an interesting and a generally enjoyable read. Not exactly my cup of tea but it will be appreciated by readers who appreciate a little gentle romance so I have awarded four stars.

Clare lives in Melbourne Australia with her four-legged companion and a semi-petrified spider by the name of George. She has a Bachelor of Arts in Cinema, Womens studies and Spanish and studied Professional Writing and Editing at RMIT University. After many attempts to write a novel Clare has finally triumphed with Drawing The Line, a work of historical fiction with significant romantic leanings.

She enjoys nature, scrabble, op-shopping, good company, music and watching documentaries. Oh, and writing. Her second novel Wallaston House, a romantic comedy set in Regency England is due out in 2021.