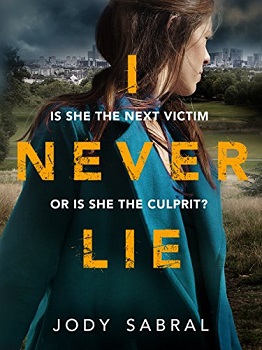 Is she the next victim? Or is she the culprit…?

Alex South is a high-functioning alcoholic who is teetering on the brink of oblivion. Her career as a television journalist is hanging by a thread since a drunken on-air rant. When a series of murders occur within a couple of miles of her East London home she is given another chance to prove her skill and report the unfolding events.

She thinks she can control the drinking, but soon she finds gaping holes in her memory, and wakes to find she’s done things she can’t recall. As the story she’s covering starts to creep into her own life, is Alex a danger only to herself – or to others?

TV reporter Alex South is trying to prove her worth again in front of the camera by offering to cover the story of a woman’s body being found near her home in East London. Alex had been on desk duty since she did a live broadcast drunk. You see, Alex is an alcoholic.

The murdered woman is the third to of been found in the local area in the last few weeks and it would seem that there could be a serial killer on the loose. Alex puts everything into covering the case, even heading to her home city to see if she can speak to a woman whose gym card was found at the scene.

Unfortunately, Alex’s drinking is starting to get out of hand and the more she is having, the less she remembers about parts of her day and night. Is she putting herself in danger, or is there more to what she is doing during these blackouts?

I Never Lie is an intriguing novel and to me was a unique novel too, following the life of a female drunk – I’ve read plenty where the alcoholic has been male. She did have a great life until alcohol destroyed it, living in Manchester with her boyfriend and was expecting their child – Now she is alone, having constant one night stands, trying to get pregnant again after she miscarried her child the year before.

Throughout the book, there are also diary entries from someone who knew Alex in 2017. These entries felt quite creepy at times and I was desperate to know who they were from and what part they played in the murdered women plot.

The book is a little predictable as I’d worked out the culprit way before the ending, but it didn’t take my enjoyment away from the story. It is a good psychological thriller with a great cast of characters that I found I had a love/hate relationship with.

Jody Sabral is based between the South Coast and London, where she works as a Foreign Desk editor and video producer at the BBC. She is a graduate of the MA in Crime Fiction at City University, London.

Jody worked as a journalist in Turkey for ten years, covering the region for various international broadcasters. She self-published her first book Changing Borders in 2012 and won the CWA Debut Dagger in 2014 for her second novel The Movement.

In addition to working for the BBC, Jody also writes for the Huffington Post, Al–Monitor and Brics Post.