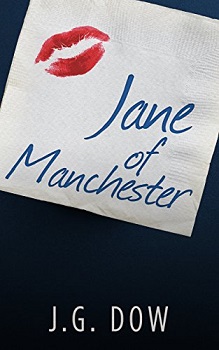 Jane’s life on the face of it isn’t really too bad…she has great friends like party girl Natasha who’s always up for a laugh and her close pal Polly, always there for her and of course her loving parents, but things could still be better…

Most people she knows are either married or have kids and she has been single a while now and wonders if a good man is ever to be encountered again. The single life is far from a quiet one for Jane however, as she is constantly getting dragged to night clubs and bars by Natasha and the crew as well as enduring a particularly boozy weekend away at the seaside!

Jane loves a lot about her life, disregarding rude plumbers in her flat and dealing with annoying superiors and a smug sister, but as a certain someone takes her eye, is everything about to change and get a whole lot more serious or is the single life determined to keep her captive a while longer yet…

Jane of Manchester is a humorous book about single woman, Jane. Jane is still young, she is only thirty, but has started worrying about how she may end up being left alone without a partner. It is also about the relationships that she has with her family and group of girlfriends.

When I first started reading the book I really found it difficult to get into it, and eventually put it down for a few weeks, before trying again.

When I eventually picked it back up again, a couple of days ago, I was surprised to find how much that I remembered of the story, and the characters too. This time I did enjoy it more, but it was definitely a book that I found I had to be in the mood to read.

It is an easy read, and was narrated by Jane, in a diary(ish) manner. I just found that I didn’t connect with it, nor the characters. It became one of those books that you can something switch off whilst reading, and have to re-read the sentence, or page again.

I did like the way that the book ended though, leaving it open for plenty of possibilities for Jane, and a sequel too.

JG lived for many years in the North of England and spent a few years living in Manchester. He enjoys walks in the country and indulging in a spot of cooking now and then. He and also writes the odd story and pen the occasional poem from time to time.

Jane of Manchester his debut novel.