Is it Reasonable? by Karmak Bagisbayev 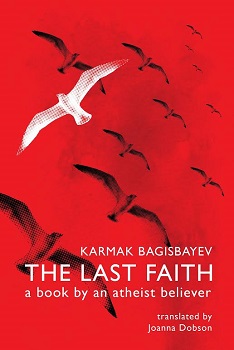 “The Last Faith: a book by an atheist believer” is aimed at a wide audience and does not require any specialised knowledge. The author’s thoughts and reflections are presented here in the form of a fictional conversation with God which unfolds over the course of just two hundred pages. The author (PhD in Physics and Mathematics) gives concise and clearly expressed explanations and evidence for his ideas. He cites abundant examples from the world around us which are drawn from his extensive travels through Russia, America, Europe, Africa and Central Asia.

All this makes for an accessible and enjoyable read.

Guest Post – IS IT REASONABLE TO APPEAL TO THE CONSCIENCE OF CORRUPT OFFICIALS AND TO DREAM OF HAVING HONEST POLITICAL LEADERS?

In robbing their own people, corrupt presidents, ministers and officials are fulfilling the instinct of gene preservation which is inherent in human nature, i.e. they are taking care of their own children, grandchildren and even great-grandchildren. It is reasonable to appeal to the conscience of corrupt officials and to dream of having honest political leaders?

I would answer directly and without hesitation: No! It is not reasonable!

In developing countries there exists the widespread misconception that the low levels of corruption that exist in highly developed democratic countries is down to the greater honesty of the ruling elite. I am sorry to have to disappoint you but even in countries with a developed democracy, the gene preservation instinct functions in just the same way as it does in more backward countries. You only have to look at some of the most recent examples:

As soon as sales dropped in the business belonging to the daughter of America’s newly elected president Donald Trump, the President used his official account to protect her business, and his official Counsellor Kellyanne Conway in an attempt to gain the favour of her boss, openly advertised Trump’s daughter’s company products on national television.

French presidential candidate Francois Fillon is accused of embezzling public funds during his time as member of parliament and minister ‘illegally’ paying large sums of money to his wife and children;

Vice-president of Samsung, Lee Jae-Yong, was arrested on charges of corruption.

Anyone who comes to power and is faced with the opportunity of providing a secure future for their offspring even if it means doing so in a dishonest manner at the cost of robbing the offspring of ordinary people, will almost always succumb to committing this kind of crime. However, it is true that there are countries in the world where corruption exists at a very low level whilst in other countries, the power vertical is clearly corrupt through and through.

Evidently, it’s not all down to the gene preservation which works in the same manner the world over. So is it down to people’s freedom of choice? That is exactly it!

The percentage of the population that actively manifests freedom of choice, otherwise called ‘civil society’ defines the position of a country on the time axis; it defines the country’s level of democratic development, and finally, it defines the intensity of the nation’s struggle against corruption.

Based on Freedom House estimates the percentage of ‘civil society’ fluctuating between 25-35% in the developed countries of the West thanks to the free press and independent justice system, between 2-5% in the majority of post-Soviet countries, and being almost equal to zero in totalitarian states.

However, the scenario isn’t as gloomy as it first appears. As explained in “The Last Faith: a book by an atheist believer”, the freedom of choice, and consequently the percentage of ‘civil society’, will steadily increase on a global scale, as indeed we see happening from a historical perspective. Such tendency towards ‘civil society’ is also accelerated by an increasing access to internet throughout the world and easier access to knowledge and education for both men and women.

Karmak Bagisbayev was born on the shores of Aral Sea in Kazakhstan, graduated from Novosibirsk State University and currently holds PhD in physics and mathematics. He has worked and travelled throughout Europe, the United States, Africa and Asia. This is his first book. 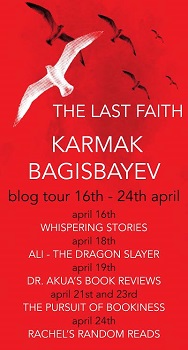