The Magic of Christmas by Nora Roberts – Book Review

The Magic of Christmas by Nora Roberts – Book Review 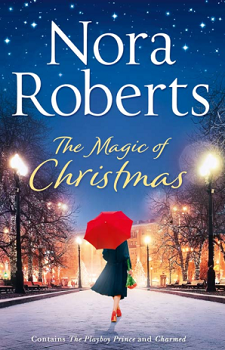 The Magic of Christmas

When it comes to women Prince Bennett has always enjoyed a challenge. So after meeting the quiet and beautiful Lady Hannah Rothschild the dashing prince cannot rest until he breaks through her careful reserve. Love has always been a game to Bennett but with this elusive, mysterious woman he discovers his heart is on the line and he’s playing for keeps…

Her legacy has been as much a curse as a blessing so Anastasia Donovan has learned to keep it hidden but when single dad Boone Sawyer swept into her heart she longed to reveal everything despite her fear of the consequences. Then fate stepped in.

The Magic of Christmas by Nora Roberts is two stories in one. Inside the beautiful festive cover you will find two very different stories, ‘The Playboy Prince’ and ‘Charmed’.

In The Playboy Prince, we meet Prince Bennett and his family who have been through some troubled times with an old enemy. Unfortunately, that enemy is about to be let out of prison and the palace is now like a fortress.

A newcomer to the palace has caught the attention of the Prince, but is Lady Hannah Rothschild all that meets the eye?

In Charmed, we meet three cousins who are witches. This book follows Anastacia Donovan who can feel others pain and can take it away. When she meets single dad Boone Sawyer she can feel how much pain he has at the loss of his wife and having to bring up his daughter alone.

Anastacia finds herself falling for Boone, but will he want her when he finds out she is a witch?

Both of these books have previously been released as part of different series. The Playboy Prince is part of the Cordina’s Royal Family Series and is book three. Charmed is part of The Donovan Legacy and is also book three in that series.

Although both are the third in a series I found them easy to read and understand and they worked well as standalones.

Both stories were very charming and enjoyable to read. I think I enjoyed The Playboy Prince a little more than Charmed as I found the character development and the plot very interesting and the mystery surrounding Lady Hannah intriguing.

If you haven’t read these two books and are a Nora Roberts fan then this is a great book to pick up. It would also make a fabulous Christmas present for an avid reader too.

Nora Roberts was born in Silver Spring, Maryland, the youngest of five children. After a school career that included some time in Catholic school and the discipline of nuns, she married young and settled in Keedysville, Maryland.

She worked briefly as a legal secretary. After her sons were born she stayed home and tried every craft that came along. A blizzard in February 1979 forced her hand to try another creative outlet. She was snowed in with a three and six year old with no kindergarten respite in sight and a dwindling supply of chocolate.

Born into a family of readers, Nora had never known a time that she wasn’t reading or making up stories. During the now-famous blizzard, she pulled out a pencil and notebook and began to write down one of those stories. It was there that a career was born. Several manuscripts and rejections later, her first book, Irish Thoroughbred, was published by Silhouette in 1981.

Nora is a member of several writers groups and has won countless awards from her colleagues and the publishing industry. Recently The New Yorker called her “America’s favorite novelist.” 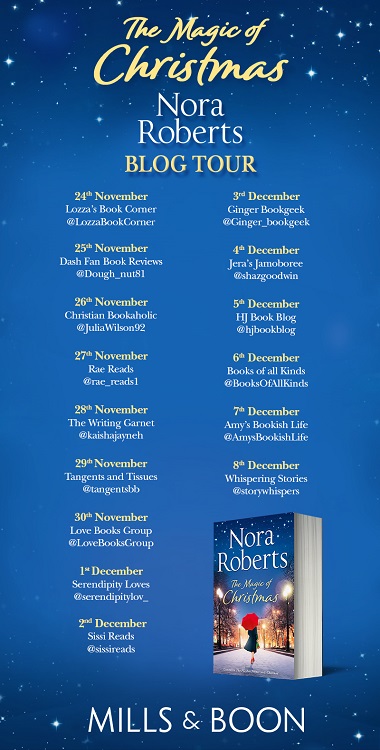