More than a Fraction by Kerri Moseley-Hobbs – Book Review

More than a Fraction by Kerri Moseley-Hobbs – Book Review 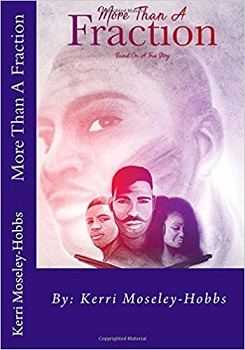 More than a Fraction
Based on a True Story

Based on a true story, rediscover an extraordinary story with ordinary roots.

Thomas and Othello Fraction are brothers and best friends who had heard, and let no one forget that they were descendants of an African nobleman whose tribal scars looked like tiger stripes. But here they were in America, considered three-fifths a person, and fighting two battles: one for the Nation and one for themselves.

Read the story that leads up to a “guns drawn” standoff, and learn how the Fraction family came to America, contributed to the Civil War, survived murder attempts on their lives, and eventually settle outside of Blacksburg, Virginia as southern refugees.

‘More than a Fraction’ is the first book from American author Kerri Moseley-Hobbs and made all the more poignant by being based on a true story of her ancestors which spans three generations of the Fraction family, from 1805-67.

I suspect I am not the only reader who has experienced all sorts of emotions when reading this book. We quickly learn that ‘Jack’, a slave working on the Smithfield Estate, near the Appalachia mountains in Virginia, is a proud warrior by the name of Oyewole from the Yoruba Tribe and we hear his backstory in his own words. He is a well-rounded, three dimensional character whose dignity and decency are unbowed by his physical circumstances.

We meet members of the Preston family who own the estate and witness the well-meaning altruism of Ballard who wants to abolish slavery through the Virginia Senate, as well as the casual disregard of Robert who sees slaves as no more than a commodity.

The author has included brief passages of Native American as well as Yoruba and Portuguese along with helpful translations, all of which add another dimension to the tale.

Oyewole’s son, John takes up the reigns and then the tale moves on courtesy of two of John’s sons, Thomas and Othello. The author gives as snapshots of the political situation, with the inflammatory issue of slavery at the forefront of the confrontation which saw countrymen take up arms against each other in the American civil war.

It is testimony to the powerful writing that I felt outraged on behalf of the Fraction family, when after the hard-fought war, it seemed nothing much had changed in Virginia. The injustice and prejudices suffered by former slaves made for difficult reading.

There are helpful notes throughout the book giving additional information for those that want a little more depth but for any readers who prefer to keep the momentum of the story going, these can be ignored and read at the end.

This is a fictional account of a factual life history and without doubt a labour of love, based on many hours of thorough research. Whilst the themes might not be ground-breaking, the story has a sincerity brought about by the connection of the author to her ancestors. This journey must have been incredible and I commend Dr Moseley-Hobbs for her focus and objectivity in dealing with sensitive and at times heart breaking subject matter.

I found this book totally absorbing and would actually have liked to have known far more about some of the people I encountered during this privileged voyage. The painstaking attention to detail and quality of the writing makes ‘More than a Fraction’ worth no less than five stars.

More Than A Fraction: Based On A True Story 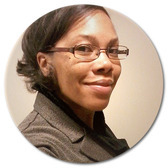 Dr Kerri Moseley-Hobbs is the 3rd great-granddaughter of Thomas Fraction. Her passion for education and history has and continues to lead her on ventures to uncover hidden stories and forgotten legacies. After discovering that the Smithfield Plantation was still in existence, and was being managed as a museum house in Blacksburg, Virginia, Dr Moseley-Hobbs immediately took a trip to see the place where so much of Thomas’ story occurred.

After her trip to visit the grounds in 2015, she was asked to join the board for the Smithfield-Preston Foundation who currently owns and manages the Smithfield Plantation. As a member of the board Dr Moseley-Hobbs was tasked with assisting to change the narrative and presentation of the enslaved and indentured servant community throughout the history of Smithfield, as it relates to the Preston family.

At the publication of this book, Dr Moseley-Hobbs was continuing a more than 15 year career in higher education administration and teaching. She holds a bachelor’s degree in Criminal Justice, a master’s degree in Interdisciplinary Management, a Master’s in Business Administration (MBA), and a Doctorate in Education.

Dr Moseley-Hobbs lives in Baltimore, Maryland with her son, Anthony Michael Hobbs (the 4th great-grandson of Thomas Fraction), who by 12 years old was already an award winning actor and filmmaker.