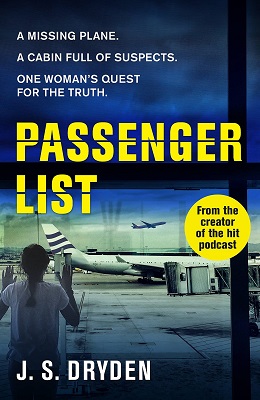 A missing plane.
A cabin full of suspects.
One woman’s quest for the truth.

When Atlantic Airlines Flight 702 disappears mid-flight between London and New York, the world is stunned. With the public clamouring for answers, authorities seem at a loss as to how to explain the plane’s disappearance.

There were 256 passengers on Flight 702, with many carrying dark secrets on board with them. Could one of them hold the truth behind the plane’s disappearance?

College student Kaitlin Le’s beloved twin brother Conor was on that plane. She refuses to believe the official statements, or to join her parents in their blind acceptance of Conor’s death.

But as she journeys deeper into the murky heart of what really happened on board that plane, it becomes clear she’s drawing attention to herself. And there are some people who would rather the truth behind the fate of Flight 702 stayed buried…

With college student Kaitlin Le refusing to accept the government’s reason for the ‘death’ of her twin brother Conor when the plane he was on went missing over the Atlantic Ocean. She decides she is going to discover the truth aided by a mysterious person calling themselves Dylan.

During her investigation, she discovers that there were several people on the flight who could have had something to do with its disappearance, including a dodgy congressman, a human trafficker, a hacker, a sick woman travelling from Africa, an Immunologist researching pandemic inducing viruses, and a woman who has crossed paths with dangerous criminals being escorted off the plane before take-off as she was upsetting the other passengers shouting the plane was going to crash.

Kaitlin is trying to follow all of these leads and more and meets a few allies along the way, as well as a few people who want to stop her from getting too close to the truth.

I am quite an inquisitive person so Passenger List was the perfect book for me with so many leads, people to find out more information on, suspects, but nothing could have prepared me for the truth of what really happened.

I love these kinds of books, ones that get inside your head and have you working out the clues alongside the main character. Talking of our main character, Kaitlin, she is a young woman, she is hurting so badly for her twin brother Conor that her need to know the truth takes over her need to be safe. She puts herself in danger more than once and refuses to stop no matter how many people from different agencies warn her off. She knows that she is getting close the more they tell her to stop.

I can’t say she was a particularly likeable character but I didn’t dislike her, she was just there, getting on with her investigation and I was following her lead.

The book is fast-paced, it makes you think outside the box. With so many leads there were plenty of twists, turns, and red herrings. Passenger List is one long adventure that kept me entertained and gripped the whole way through and I enjoyed every minute of it.

John Scott Dryden is creator of the historical fantasy podcast Tumanbay, which he co-writes and directs. Until recently, John was director of scripted content for Panoply Media, one of the largest podcast producers in the U.S. He has written and directed many award-winning audio drama series for the BBC, including the thrillers Severed Threads, Pandemic, The Reluctant Spy, A Kidnapping and the Peabody-winning The Day that Lehman Died, a drama about the collapse of Lehman Brothers Bank.

John is a director of Goldhawk Productions, a multi-award winning audio production company, and one of the leading producers of audio fiction in the UK. 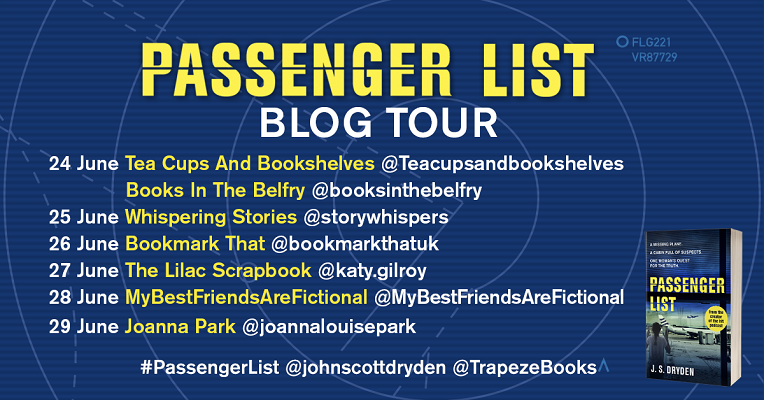