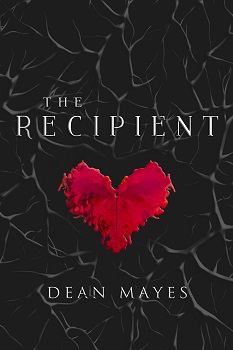 Casey Schillinge is a vivacious young woman on the verge of making her mark on the world. While backpacking, she is struck down by a tropical disease and suffers cardiac failure. But at the eleventh hour, Casey receives a life-saving heart transplant and a rare second chance to begin again.

Three years later, Casey has become a withdrawn shell of her former self: she is estranged from her loved ones, afraid of open spaces and rides the line between legitimate and criminal work. The worst of her troubles come in the form of violent night terrors; so frightening that she resorts to extreme measures to keep herself from sleeping.

When she can take no more, she embarks on a desperate search for the source of her dreams. In so doing, she makes a shocking discovery surrounding the tragic fate of the donor whose heart now beats inside her chest. As she delves deeper into the mystery of her donor, she realizes her dreams are not a figment of her imagination, but a real life nightmare.

Dean Mayes tells a good tale and he tells it well. In the early part of the book the author draws on his medical knowledge to give us a good insight into the lives of organ recipients. For those of us blessed with good health it is easy to assume that a donated organ will resolve all issues but Mayes helps us to understand that things are not that simple. In particular he shows us how Casey suffers from the same anxieties and concerns as any young person.

As the book develops Casey gets involved in a mystery where Mayes wraps together her skills, phobias and tenacity to produce an intriguing investigation leading to a dramatic finale.
Mayes skilfully throws in just enough clues for the reader to work out what is happening, and who the perpetrators are without making it obvious. That way we all feel good about ourselves.

The story is almost wholly told from Casey’s perspective and we learn a lot about her character which is extremely strong in some ways and vulnerable in others. Indeed she is like most of us. The associate characters are varied, well described and believable.

If I could fault the story at all it would be for some occasions when you think Casey is recklessly putting herself into unnecessary danger, and for the times when her technical and acting skills all seem a little too convenient to the plot. However, I would not penalise Mayes for that because these factors contribute to the good thriller that we have here.

I heartily recommend this book and I have no hesitation in giving it a five star rating.

Dean Mayes has established himself as an author of great passion and literary style since the publication of his debut novel The Hambledown Dream in 2010. He has since gone on to grow his following even more with his follow up novel Gifts of the Peramangk – all while holding down a very busy day job involving a stethoscope. Dean lives in Adelaide, Australia with his partner Emily and his two children.

The Hambledown Dream, a lyrical and moving paranormal romance, is his first novel. His second novel “Gifts Of The Peramangk” was released in October 2012. “The Recipient” is his third novel.

He writes regularly for a loyal following at his blog Dean from Australia.