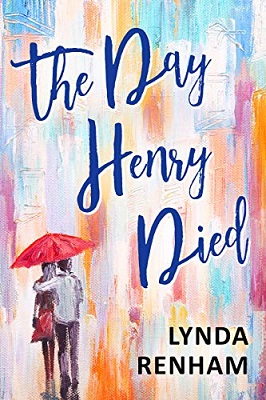 Suppose you wake up one morning to find yourself dead. You can see yourself clearly in the mirror, and feel the same as you did the day before. But today is the day of your funeral. What do you do?

This was Henry’s dilemma. Henry decides he can’t possibly be dead, so he sets out to prove he is alive. Then, he discovers that Rita, a product demonstrator at the supermarket, can see him.

Even with the help of Rita, proving you’re not dead was harder than Henry imagined, but when Henry discovered that he was murdered, the question was why and by whom?

One morning Henry wakes up and thinks that the day is going as normal until he sees an obituary in the local paper with his name on it, he also noticed today’s date which is over a week difference to what date he thought it was.

He is quite rightly worried but thinks it must be a mistake, that is until it would seem no-one can see or hear him. He travels to work as normal but when he gets there the staff are passing around a ‘sympathy’ card for him. Not sure what to do or where to go, somehow Henry ends up at his local supermarket where a woman called Rita speaks to him. Turns out she is the only one who can see him.

Rita agrees to help Henry as he believes he must have been murdered as he was in good health, but by looking for clues he stumbles upon items he never knew about and secrets that have been kept hidden for years.

I’ve been reading Lynda Renham’s books for years and whilst this one felt different to her usual humorous light-hearted books or her thrillers it was still an excellent read. Henry is one of those characters which can be a little annoying and yet you warm to them as the book progresses. Rita was a lonely woman, living in a bedsit, having to put up with a landlord pushing his luck.

It was fun to watch the two try to work out what happened to Henry and trying to sort out a way to make people know that he really wasn’t dead. I loved the scene with Faye the psychic who freaks out when her ‘abilities’ are proven to be true!

This was a quick read that I enjoyed the whole way through. I won’t give anything away but Ms. Renham, you got me 🙂

Lynda Renham is author to many popular romantic comedy and gripping psychological thriller novels. She lives in Oxford, UK. She has appeared on BBC radio discussion programs and is a prolific blogger, Twitter and Facebook contributor.

What did you think of The Day Henry Died? Share your thoughts in the comment section below!