She Lies in Wait by Gytha Lodge – Book Review

She Lies in Wait by Gytha Lodge – Book Review 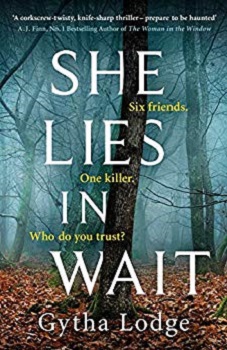 She Lies in Wait

On a hot July night in 1983, six school friends go camping in the forest. Bright and brilliant, they are destined for great things, and young Aurora Jackson is dazzled to be allowed to tag along.

Thirty years later, a body is discovered. DCI Sheens is called to the scene, but he already knows what’s waiting for him: Aurora Jackson, found at long last.

But that’s not all. The friends have all maintained their innocence, but the body is found in a hideaway only the six of them knew about.

It seems the killer has always lurked very close to home…

July 1983 five teenage friends and one of their little sisters aged fourteen go camping in the forest. The friends spend the night drinking and partying, all except Aurora Jackson who takes her sleeping bag to the edge of the camp to get some sleep. In the morning her sleeping bag is empty and she is no-where to be found. Worried for her safety the friends send for the police who spend weeks combing the area but they have no luck in finding her.

Thirty years later and a little girl on a camping trip is trying to hide from her brother and father when she discovers a hollow under a tree that she thinks will make a great hiding place, unfortunately, she instead discovers a body instead.

DCI Sheens is sent to the scene and he doesn’t need to wait for forensics to know whose body has been found. Back in 1983, he was a rookie cop on the case of missing Aurora, he also went to the same school as her and the friends who were there the night she disappeared.

For thirty years the group of five have always declared they knew nothing about Aurora’s disappearance but her body was discovered in a hideaway only they knew about. Did Aurora somehow manage to hurt herself or has one of the other five got a secret that may just be about to be discovered?

The story moves back and forth between the present day and the day of the camping trip in 1983. I’m not normally a fan of books that move back and forth in time but this one really worked well.

Whilst the plot might not be unique and I could see resemblances to other books that I have read, the execution and the writing were superb and I was invested in the plot from the prologue. I enjoyed getting to delve into the characters lives, not only the teenagers and then the same group as adults but the detectives too.

This is a case that DCI Sheens hold dear to him as he has a history with it. He wants to know what happened to Aurora, who possibly killed her and why they missed her thirty years ago.

The pace does slow down in the middle but picks up again towards the end. I had guessed what had happened to Aurora long before anything was revealed but whether that was down to the plot being too easy to work out or that I read probably 200 thriller/crime books a year and I am used to spotting the signs I’m not sure, though I will admit to having a different explanation at first.

This is the first book in a planned series and I now can’t wait to meet DCI Sheens and the team again.

Gytha Lodge is a multi-award-winning playwright, novelist and writer for video games and screen. She is also a single parent who blogs about the ridiculousness of bringing up a mega-nerd small boy.

She has a profound addiction to tea, crosswords and awful puns. When not writing, she heads up a copywriting team at a global translation firm, where she generally tries to keep all the video-game writing to herself.

She studied English at Cambridge, where she became known quite quickly for her brand of twisty, dark yet entertaining drama. She later took the Creative Writing MA at UEA.

She has signed with Penguin Random House worldwide for the first three books in her crime series featuring DCI Jonah Sheens. She Lies in Wait will be released in January 2019. 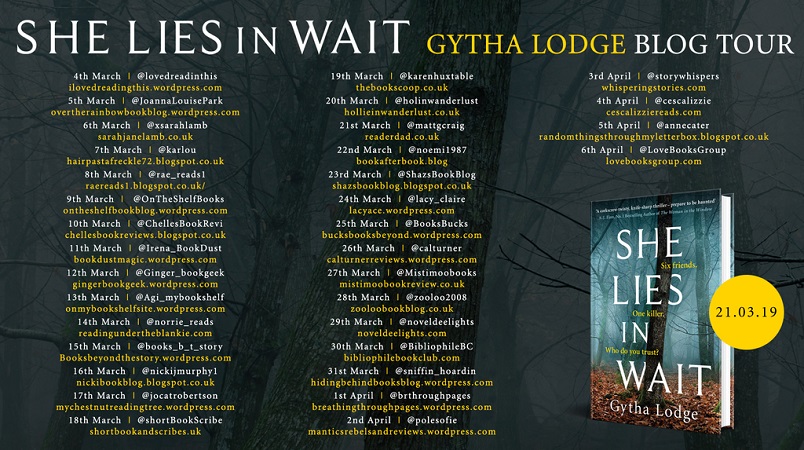