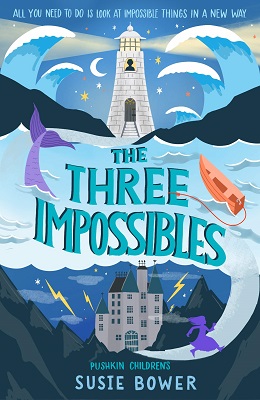 An enchanting, suspenseful story of a curious girl, a family curse and impossible alchemy from the acclaimed author of School for Nobodies.

Mim grew up surrounded by secrets. On the day she was born, her mother died and a strange curse was cast on her family. Ever since, she’s been isolated in a dismal castle behind high walls, forbidden from venturing to the Outside.

But Mim has never been able to stop asking questions. And when her father hires a bogus governess, Madame Marionette – who brings along an entourage of thugs and a secret, caged ‘pet’ – Mim sets her enquiring mind to work on unravelling the mysteries all around her.

Longing for a taste of freedom, she is willing to break all the rules to set out on an epic quest for the truth. But will it be enough to bring happiness back to the lonely castle?

Mim lives in a castle surrounded by a big wall to keep the outsiders out and the residents in. Her father, who is distant and unloving had the wall built just after Mim was born eleven years ago on ‘The Day of the Catastrophic Curse’, the day her mother died and the family’s life changed forever.

Now that she has turned eleven her father believes that she needs to start acting like the princess and removes all her shabby normal clothes and replaces them with outfits a princess should wear. He also removes the governess that has been bringing her up in replace for the governesse’s mean and horrid sister who will stop at nothing to make Mim walk, talk, and act like a princess.

When her new governess arrives at the castle she also brings with her a mysterious creature locked in a cage which she hangs in the library. Mim is intrigued by what the creature could be and with more questions than answers she sets out to discover numerous secrets that people won’t tell her, including what is outside the wall, who is in the cage, and what truly happened on ‘The Day of the Catastrophic Curse’.

The Three Impossibles is an adventurous middle-grade book featuring a young princess who just wants to be a normal child. She likes getting her hands dirty, helping her friend Blacksmith Sam, and reading. She has always wanted to know what really happened to her mother when she was born and is upset that no one will tell her the truth. She loves finding out information and educating herself, although she discovers a book hidden in the library called ‘The Three Impossibles’ which for some reason refuses to open for her.

I loved how passionate about education and being helpful Mim was. She was such a lovely girl who has gone through so much in her short life. Never seeing outside the walls, a dead mother, and unloving father.

The fantasy element to the plot felt quite magical and mysterious. It was also enchanting to see an alchemist in the book, plus a frog as a friend. This is a middle-grade book that will hook children in giving them an exciting tale featuring lots of strange and wonderful (and not so wonderful) characters.

By the time she hit her teens, Susie Bower had lived in 8 houses and attended 7 schools. This theme continued in her working life: she’s been a teacher, a tour-guide, a typist, a workshop facilitator, a PA and a painter.

She formerly wrote and directed TV programmes for children at the BBC and Channel 4, and she currently writes audio scripts for use in primary schools. Susie lives in Bristol, UK. 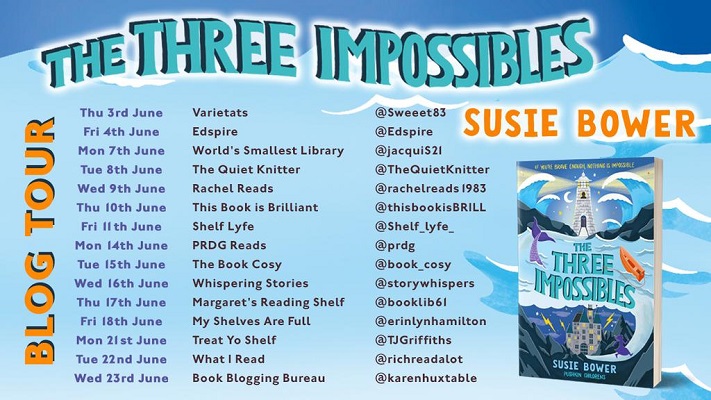