The Writing Life of: Caz Finlay

This week I am thrilled to be interviewing author Caz Finlay. Caz will be sharing with us details of her writing life, telling us all about her first book ‘The Boss‘, which was released on 22nd August 2019 and answering a few fun questions too. This post contains affiliate links. 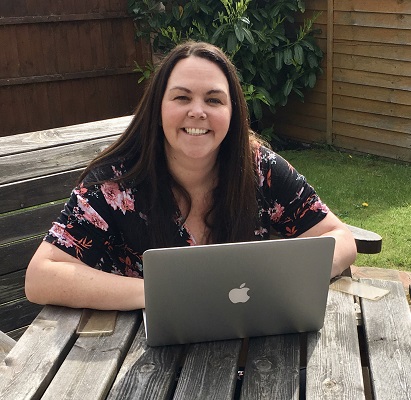 Caz Finlay lives in Liverpool with her husband, two children, and a grumpy dog named Bert. She has two BA Hons in Criminal Justice and Community Justice. A Probation Officer for fourteen years, Caz has always been fascinated by the psychology of human behaviour and the reasons people do the things they do. However, it was the loss of her son in 2016 which prompted her to rediscover her love of writing and write her first novel, The Boss.

I had many ‘dream’ jobs as a child. Firefighter. Vet. Nun (after I watched the sound of music). However, although I loved writing as a child, becoming a writer was never something I thought was an option for me. Writers, to my childhood mind, were nothing like me at all.

Enid Blyton when I was very young. My mum bought me The Naughtiest Girl in the School from a charity shop one rainy Saturday afternoon, and I loved it. I read it over and over again and I longed to go off to boarding school just like Elizabeth.

Angela Sommer-Bodenburg’s Little Vampire books were also favourites of mine. My older brother and I borrowed those from the library as soon as they came in. As a young teenager, before I discovered Martina Cole, I absolutely loved Point Horror books – although R.L Stein was my favourite.

I’ve always enjoyed writing, so have always considered myself a ‘writer’. But it was just after I’d written the first draft of The Boss, and some of my friends told me how much they enjoyed it, that I thought about trying to have something published.

I don’t have much of a routine. When I wrote The Boss, I wrote wherever and whenever I could. I generally aim for 1,000 words a day on average, although this really depends on what stage of writing I’m at. I do my best writing at home though – sitting on the sofa.

The Boss was the first novel I wrote and I was lucky enough to have that published. I’ve since written the sequel and have started on the third in the series. I have so many ideas running around my head now though that I have written parts of another five novels that I’d like to finish one day when I have the time.

A pantser – 100%. I find plotting novels quite difficult. My best ideas come to me as I’m writing. 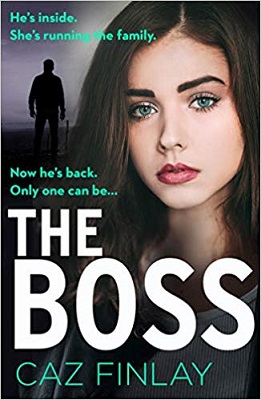 He’s inside. She’s running the family. But now he’s back – only one can boss the streets of Liverpool.

HE’S OUT FOR BLOOD

After a stint inside, notorious gangster Nathan Conlon is back. He says he’s a changed man, but old habits die hard on Liverpool’s gritty streets. He’ll stop at nothing to reclaim his formidable criminal empire – and his long-suffering ex-wife, Grace.

SHE’S OUT FOR REVENGE

Grace once kissed the ground that Nathan walked on, but not anymore. She’s head of the firm now, commanding respect from the best of them, and she’ll do anything to protect her family – even if it means beating Nathan at the dirtiest of games . . .

WHO WILL COME OUT ON TOP?

I didn’t do any research at all. It was all in my head.

I wrote The Boss in 45 days – the first draft anyway. Then I spent the next eighteen months (on and off) re-writing it.

I’m not great at titles. The Boss had two different titles before we settled on The Boss. My publishers came up with the title, and I loved it.

Grace is a kick-ass woman who has been through some really tough times but has come out of the other side stronger than ever.

Nathan is, on the face of it, a nasty piece of work. However, he’s got a troubled past himself and is a very damaged individual.

I went down the traditional route of submitting to agents for about twelve months, but although I had a few encouraging rejections, I never succeeded in nabbing myself one. I was about to shelve the Boss and write something else when I went along to a Kimberley Chambers book signing and met the publisher who would go on to give me my contract seven months later. I pitched my book to her, she asked me to send it to her and the rest is history.

I’ve just finished my edits for Book 2 in The Boss series, and I have also signed a further two book deal with One More Chapter, so you haven’t heard the last from me – or Grace!

The ability to fly – how amazing would that be? I’d fly all over the world. 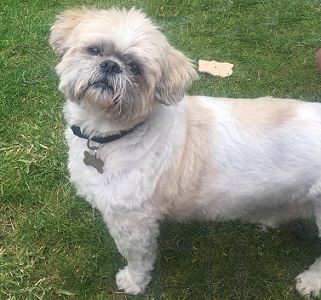 How did that just happen?

I’d be an extra in Grace’s pub – sipping my drink and watching the action unfold.

Florida. I am a big kid at heart and I love the theme parks. The bigger and faster the ride is, the better. I’ve been there a few times (even on my honeymoon) and I have so many happy memories of the place. I can’t wait to take my kids when they’re a little older.

‘Hey Caz, have you seen my donkey?’

I would like to say a big thank you to Caz Finlay for sharing with us details of her writing life and for a wonderful interview.