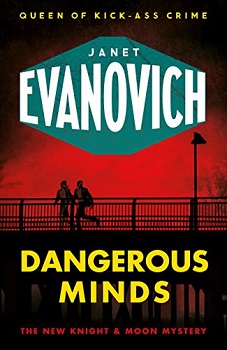 Buddhist monk Wayan Bagus has lost his island of solitude and wants it back. The Pacific island had a mountain, beaches, a rainforest, and a volcano. And now it’s gone. Poof! Vanished without a trace.

Boyishly charming Emerson Knight likes nothing better than solving an unsolvable mystery. Finding a missing island is better than Christmas morning in the Knight household. When clues start leading to a dark and sinister secret, Emerson will need to assemble a crack team for help. Since a crack team isn’t available, he enlists his cousin Vernon and Riley Moon. Riley Moon has a Harvard business degree and can shoot the eyes out of a grasshopper at fifty feet, but she can’t figure out how to escape Emerson Knight’s odd world. Vernon has been Emerson’s loyal and enthusiastic partner in crime since childhood.

Together, this mismatched trio will embark on a world-wide investigation that will expose a conspiracy one hundred years in the making. 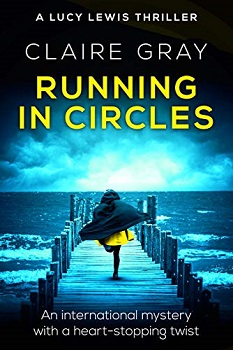 When Lucy Lewis landed herself a reporting job on an idyllic Thai island, she thought she’d found paradise.

But one day her dream turns into a nightmare…

A bomb goes off outside her hostel and there is more than one fatality. Although the local paper she works for is mainly a tourist guide, the phone is soon ringing off the hook with people desperate to hear news of their loved ones.

Together with her editor, Steve Boyd, Lucy finds herself drawn into the investigation.

And things become more complicated when the dead body of someone connected to the paper washes up on the shore.

Was the bomb planted by terrorists? Are the two incidents connected?

Reading Next – The Glass Woman by Caroline Lea 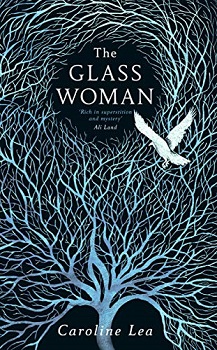 An isolated, windswept land haunted by witch trials and steeped in the ancient sagas . . .

Betrothed unexpectedly to Jón Eiríksson, Rósa is sent to join her new husband in the remote village of Stykkishólmur. Here, the villagers are wary of outsiders.

But Rósa harbours her own suspicions. Her husband buried his first wife alone in the dead of night. He will not speak of it.

The villagers mistrust them both. Dark threats are whispered. There is an evil here – Rósa can feel it. Is it her husband, the villagers – or the land itself?

Alone and far from home, Rósa sees the darkness coming.