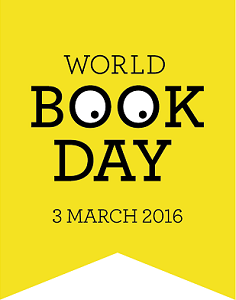 World Book Day was designated by UNESCO as a worldwide celebration of books and reading, and is marked in over 100 countries around the globe.

Now in its 19th year, World Book Day aims to encourage children to explore the pleasures of books and reading.

The day is a partnership of publishers, booksellers and interested parties who work together to promote books and reading for the personal enrichment and enjoyment of all.

A main aim of World Book Day in the UK and Ireland is to encourage children to explore the pleasures of books and reading by providing them with the opportunity to have a book of their own. 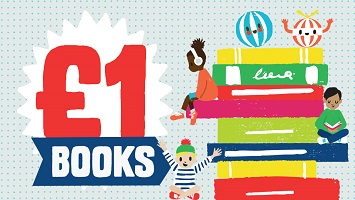 To mark the day, school children are entitled to receive a World Book Day £1 book token (or equivalent €1.50 book token in Ireland). The book token can then be exchanged for one of ten specially published World Book Day £1 / €1.50 books, or is redeemable against any book or audio book of their choice costing £2.99 / €3.99 or more at a participating bookshop or book club.

‘National Book Tokens‘ are the perfect gift for book lovers everywhere and are the only gift cards sold and accepted in bookshops across the UK and Ireland, including all the major chains and local independents.

As proud sponsors of World Book Day, National Book Tokens supports lifelong learning and improving literacy and access to reading for everyone. 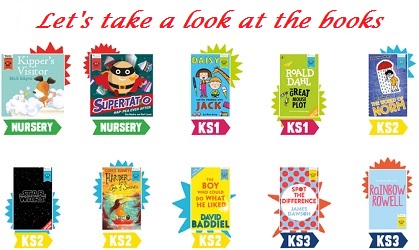 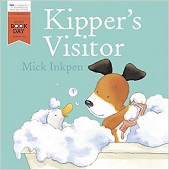 Kipper has a visitor – a slightly dirty gosling in need of a bath. But the gosling doesn’t say very much. ‘Honk!’ is about all he can manage!

Created for World Book Day 2016 and starring the much-loved Kipper, this charming story follows Kipper and an adorable gosling through a bubbly bathtime.

It’s night-time in the supermarket and Supertato is on the hunt for the perfect bedtime story.

But, what’s this…all the books have disappeared! It can only be the work of The Evil Pea! Can Supertato save the books? Will the supermarket ever get to sleep? Find out in this un-PEA-lievable new adventure.

Daisy and the Trouble with Jack

Daisy can’t believe it! Mrs Peters is making her sit next to Jack Beechwhistle – the naughtiest boy in the school, and possibly the whole world!

Jack is so mad! Mrs Peters is making him sit next to Daisy Butters – she’s such an annoying tell tale!

As the lesson goes on, Daisy and Jack think of more and more ways to get one up on each other. Then they both have a brilliant idea! Trouble is, Daisy and Jack might be more alike than they realised…

A funny, mischievous and totally troublesome tale for girls and boys, written and published specially for World Book Day 2016.

‘You had the idea – so you can be the one to put the mouse in the jar.’

This is a true story.

Every day the boy walks past a sweet shop filled with jars of delicious gobstoppers and sticky treacle toffees. But there is one terrible problem. The shop is owned by Mrs Pratchett, a skinny old hag with filthy finger nails. She is so mean that the boy decides to trick her – and he’s got the perfect plan…

Did you know that this boy grew up to become the writer Roald Dahl?

Discover secrets about the World’s Number 1 Storyteller and start your Roald Dahl 100 celebrations in 2016 with this very special World Book Day story!

The World of Norm

Norm knew it was going to be one of those days when he woke up to find a half-Polish Cockapoo sat on his head. But that’s OK. Because at least there’s biking with his best friend Mikey to look forward to. Or at least there was until Norm discovers he has to stay in and wait for some stupid parcel to arrive. Just as well he hasn’t got two irritating little brothers and the world’s most annoying next door neighbour. Oh wait a minute. He has.

Welcome to the world of Norm?

When their parents are captured by the evil Galactic Empire, brother and sister Milo and Lina Graf must set out on an epic quest to free them.

Menaced by Imperial agents, bounty hunters, and gangsters, they will have to travel across the galaxy uncovering clues to rescue their parents and aid the Rebellion in the fight against the Empire…

Harper and the Sea of Secrets

The Songs of the Sea festival is about to start, but disaster has struck! The royal musicians will be performing, but all their instruments have disappeared!

Harper and her friends use the flying umbrella to come to the rescue, and that very night they start hearing beautiful music coming from Melody Bay. Will they have the courage to walk along the pitch-black smugglers’ tunnels passing under the sea to find out who has stolen the instruments?

A captivating adventure story all about friendship, creatures of the sea and magic.

The Boy who could do what he Liked

But then one day Alfie’s usual babysitter is unavailable, and Alfie’s parents get Mrs Stokes instead. Mrs Stokes doesn’t do routines. Instead, she just tells Alfie to do what he likes. Over and over again. Eventually, Alfie decides to take her at her word. And that’s when things start to go weird.

Does everything get out of control and Alfie learn his lesson and realise that routines are really quite important to stick to after all? Nah. This isn’t that kind of story…

Written especially for World Book Day 2016, this is a fabulously entertaining and touching novella from David Baddiel, author of the bestselling The Parent Agency and The Person Controller.

Avery has always suffered at the hands of the bullies, so when she’s given a seemingly-miraculous opportunity to join the ‘A-list’ she grabs at it with both hands. But appearances can be deceiving, and soon Avery’s not so sure she likes this new version of herself. And it’s only by overcoming her fears that she can learn the true meaning of being comfortable in your own skin.

If you broke Elena’s heart, Star Wars would spill out. So when she decides to queue outside her local cinema to see the new movie, she’s expecting a celebration with crowds of people who love Han, Luke and Leia just as much as she does.

What she’s not expecting is to be last in a line of only three people; to have to pee into a collectible Star Wars soda cup behind a dumpster or to meet that unlikely someone who just might truly understand the way she feels.

Kindred Spirits is an engaging short story by Rainbow Rowell, author of the bestselling Eleanor & Park, Fangirl and Carry On. Kindred Spirits has been specially produced for World Book Day.

The Reading Agency is an independent charity working to inspire more people to read more. It specialises in helping libraries make more social impact through reading.

It runs big programmes and partnerships across the whole library network. The biggest of these is the Summer Reading Challenge.

They are funded by the Arts Council.

Two thirds of these books are for children, many of whom do not own a single book and may never have seen a picture book before a delivery from
Book Aid International to their library or school.

UK schools have a natural empathy with Book Aid International’s work and give their support by fundraising each year on World Book Day.

Last year, children and schools in the UK and Ireland raised over £115,000 to help us get more books into libraries in Africa.