The Writing Life of: Alex Christofi

This week on ‘The Writing Life of:‘ I am thrilled to be interviewing author Alex Christofi. Alex will be sharing with us detail of his writing life, telling us about his latest book, ‘Let Us Be True’, which was released on 10th August 2017, and answering a few fun questions too.

So without further ado I’ll hand you over to Alex. Post contain affiliate links 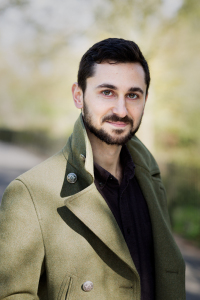 Alex Christofi was born in Dorset and read English at Oxford University. As well as working as an editor, he writes occasional essays and reviews. His first novel Glass, also published by Serpent’s Tail, was longlisted for the Desmond Elliott Prize and won the Betty Trask Prize.

I can’t remember when I was very young, but as a teenager I wanted to be a psychologist. I liked the idea of understanding people and what motivated them.

I wasn’t one of those kids who works their way through Shakespeare at ten – I read the Animorphs series, I loved The Hobbit but found The Lord of the Rings long-winded, I read the Harry Potter books the day they came out.

My favourite was Philip Pullman – I remember the agony of waiting for him to finish The Amber Spyglass to find out what was going to happen. Back then, I was much more interested in honest fantasies.

To be honest I always wrote. What I wrote changed over time, but it was part of how I processed the world from quite early on.

Write something new; show it to people I trust; get feedback; edit; send it off; hear nothing; write something new. I wrote a novel when I came out of uni and decided it wasn’t good enough to send anywhere, then had to start a new one. The important thing is to keep trying. You only need one agent to respond, and they only need one offer of publication, and that’s it – you’re a published author!

I keep going until I no longer feel that what I am writing is convincing, and then I stop to work out why. If I realise I don’t know what I’m talking about, I go away and learn. But if I force myself to keep writing even though it doesn’t feel convincing, I’m pouring sand into the foundations, and it will mean bigger problems when I come to edit.

No, although I get asked that quite a lot, which makes me wonder what people think it is like to be me.

Not really – for me it’s important not to be superstitious. Probably the weirdest thing is that I don’t eat much when I’m writing. Once I’ve had a big meal, the chemicals in my brain are all wrong. You don’t have to be miserable to write, but it doesn’t help to be sleepy and contented.

I work best on a computer. People in tech and engineering always talk about creation in terms of ‘iterating’ and that seems to be the most effective way for me, though not the most enjoyable.

I love the idea of sitting in a tent with a notebook and no internet like Jonathan Franzen, and composing an opus, but I can’t compose in the way you would need to write longhand. I build little bits and move them around and try to fit them together. That way, you are only as bad as your best draft.

All writers have unpublished work. If you don’t, you are either a god or a liar.

The most annoying answer I know, but a bit of both. It’s like planning a holiday. If you book everything last minute something’s bound to go wrong, but no one wants to be handed a minute-by-minute schedule either. You have to plan the basic way points and, in my opinion, you have to leave some room for felicity.

I read reviews, but I don’t read the comments. Reviews are written by people paid to give a professionally disinterested opinion – to me that’s useful feedback on how people reacted in the real world, even if I don’t agree. Pro tip: Amazon reviews don’t count, unless you are prepared to be judged on the promptness of the delivery or whether the book was damaged by the postman.

Ralf is alone, filling his days with glasses of red wine at Jacques’ bar, waiting for life to happen to him. Then, one night, Elsa – bold, enigmatic, unpredictable – whirls into Jacques’ bar and into Ralf’s world, knocking him out of his cautious routine and into a life full of spontaneity and excitement.

But Elsa is hiding something. As Ralf falls deeper in love, he reveals more of his past – his childhood in Nazi Germany, his time in a British tank division at the end of the Second World War. But what is Elsa hiding? And can their love survive it?

My only criteria were that they were short and didn’t sound alike. There are a lot of garage bands out there that never practice because they are trying to come up with a name.

The answer to that question is the mystery at the heart of the book, so I’m afraid I can’t tell you.

I found it easier to write the scenes that had big, external drama, but much harder to write those where people were quietly not saying what they meant, following their own agendas – the scenes where the tension creeps up on you.

Some book ideas are born with names, and others blink at you mutely. This one was like pulling teeth. At first it had a codename, then I came up with an okay title but someone else announced a book with that title, then for a while kept drafting it in a sort of nameless despair, then I nicked a phrase from a Matthew Arnold poem.

I show my writing to people I’m close to in the way that a cat drops a mouse at the back door. Look what I did! But I do have a couple of friends who are also writers and who can give feedback on the craft.

I already had a good relationship with the publisher of my first novel, so we sent it straight to them and, thankfully, they liked it.

I was actually in Paris at the time, so I left the little sixth-floor cupboard I had rented, went and bought wine, bread and cheese, and then realised I didn’t have a corkscrew. I spent about an hour trying to shunt and carve the cork out of the bottle with a butter knife. In the end, I smashed the cork through the neck with the knife and a shoe, chisel-style, and the accumulated pressure caused the wine to spray a fine purple mist all over the walls and floor.

I spent the evening drinking while I cleaned up.

I am working on a way of writing a novel about Cyprus.

In terms of sheer frequency, pizza. I eat at least two pizzas a week.

Casablanca. It might be the most perfect screenplay ever written.

Probably a place in Cyprus where I could go and write, but I don’t need millions for that so I’d maybe set up a grant for other writers.

‘Just Peking to see Hoisin there.’

You can find out more about Alex by visiting the website/social media sites below.

I would like to say a big thank you to Alex for sharing with us details of his writing life, and for a wonderful interview. 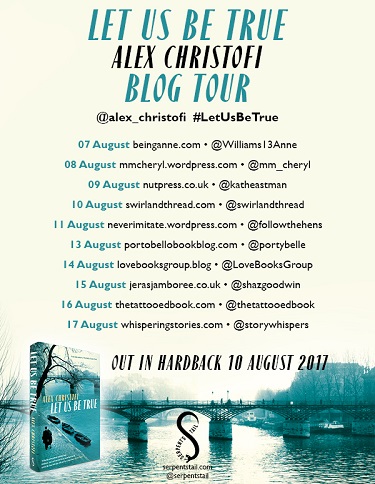