The Writing Life of: Barbara Nadel

This week on ‘The Writing Life of:‘ I am thrilled to be interviewing author Barbara Nadel. Barbara will be sharing with us detail of her writing life, telling us all about her latest book ‘Incorruptible‘, which will be released on 28th June 2018, and answering a few fun questions too. 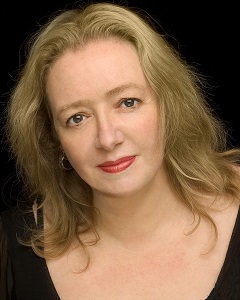 Barbara Nadel is the author of the Cetin Ikmen crime fiction series set in Istanbul, the Hakim and Arnold series set in London and, as Mary Collins, she also writes East End sagas. An East Ender by birth, Barbara has a degree in psychology and lives in Essex with her husband and two cats. In 2005 she won the CWA Silver Dagger for her Ikmen book ‘Deadly Web’.

I wanted to be an Egyptologist. I had no idea how I was going to do this but I liked mummies.

Enid Blyton early on, also Edward Lear because his poetry was just mad. Later on I became obsessed with Dickens mainly Great Expectations.

I don’t think there was an actual moment. I have always written and sort of wanted to be published for a long time.

I left university with a degree in psychology and so I went to work in mental health hospitals and in the community. I was also a parent and so I had to have a job. The writing happened as a way of relaxing when the working day was over.

I only considered getting published when my husband was made redundant and we needed money. Of course no one was interested at that point and I didn’t have a clue what I was doing. It was only some years later when I got an agent that things changed.

I work as if I were still doing a 9 to 5 job. So I’m at my desk at 9 and will finish at 5 on a typical day. However sometimes I have to give talks, attend meetings etc and so then time will have to be made up at weekends or in the evening. 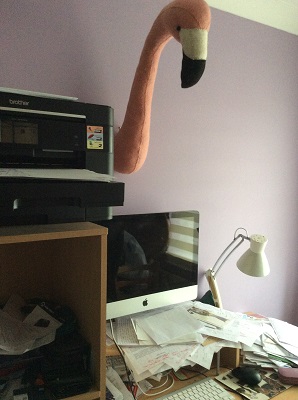 I do write under a pseudonym.

I have conversations as my various characters. I may even act out scenes.

31 and yes two are still waiting to be published.

Sometimes I read them and sometimes I don’t it depends how I feel. Bad reviews have happened and are inevitable. I read them when I’m feeling strong. I don’t often read Amazon reviews. I know I probably should but then there are many things I should probably do!

In the backstreets of Istanbul, a young woman’s body is found. Dumped in a dustbin and covered in cut flowers, she is the victim of a frenzied and vicious stabbing.

Inspector Ikmen discovers that the woman was well known in Istanbul. Newspapers had been calling her the blessed woman; cured of cancer in a Christian miracle and a proclaimed messenger of the Virgin Mary. These controversial claims had made her fierce enemies in the predominantly Islamic community and she had unwittingly stirred up divisions amongst the Christians of the city.

But as Ikmen digs further into the case he uncovers powerful hatred and dark secrets lurking within her family. And to find the truth he must delve into a toxic world of fear, concealment and lies. The question is: was this a killing in the name of faith or does the answer lie somewhere else?

Quite a long time, mainly because my publication date was changed from January 2018 to June 2018. Nothing to do with me, just my publishers schedule. I guess the idea for ‘Incorruptible’ came to me about two years ago when I was wandering about on Istanbul’s city walls. It was when I thought about what different meanings they have for the Greek and Turkish populations of the city.

The names of my detectives, Cetin Ikmen and Mehmet Suleyman, just came to me. I know that sounds a bit ‘mystical’ and woolly, but that is exactly what happened. Other characters like Kerim Gursel, Fatma Ikmen etc., arrive because the name fits my mental image of a person with that name – probably based loosely upon people I’ve met in the past.

What makes Ikmen tick is honesty. He’s that almost cliched character the honest copper. He plays a straight bat with the public he serves, his bosses and his family. He is brave in a way that I could never be and he always speaks his mind.

Mehmet Suleyman is more complex, but his basic motivation re his job is the same as Ikmen’s – if a bit more flexible on the honesty front from time to time.

If I told you that I’d give the plot away!

It has two meanings – one pertains to Ikmen himself and the other to one of the victims in the story. Again, I can tell you no more without giving too much away!

Ran around the room dancing with my cats.

I’m currently working on the second book in my three book East End saga. Published by Piatkus, the Ten Bells Street saga is written under my other name, Mary Collins.

‘Topkapi’ set in Turkey and directed by Jules Dassin.

‘The Lunatics have Taken Over the Asylum’ by Fun Boy Three. (This dates me!)

A plane ticket to Mexico City.

‘For God’s sake tidy up this dump!’

You can find out more about Barbara Nadel by visiting the website/social media sites below.

I would like to say a big thank you to Barbara Nadel for sharing with us details of her writing life, and for a wonderful interview.