Today we welcome author Jane Aston with the cover reveal for her upcoming new book ‘Wrong‘, which will be released on 7th October 2015. This post contains affiliate links. 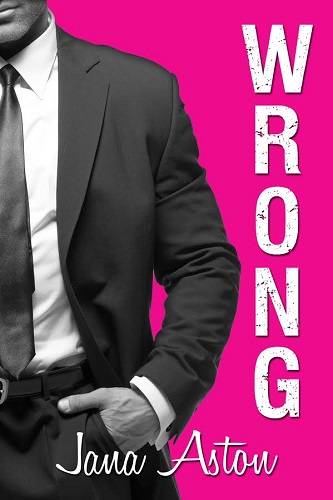 I have a history of picking the wrong guy. Gay? Player? Momma’s boy? Check, check and check.

Now I can’t stop fantasizing about one of the customers at the coffee shop I work at between classes. It’s just a harmless crush, right? It’s not like I ever see this guy outside of the coffee shop. It’s not like I’m going to see him while attempting to get birth control at the student clinic. While wearing a paper gown. While sitting on an exam table. Because he’s the doctor. Shoot. Me.

But what if, for once, the man I’ve had the dirtiest, most scandalous fantasies about turned out to be everything but wrong?

Jana Aston likes cats, big coffee cups and books about billionaires who deflower virgins. She wrote her debut novel while fielding customer service calls about electrical bills, and she’s ever grateful for the fictional gynecologist in Wrong that readers embraced so much she was able to make working in her pajamas a reality.

Jana is the author of 4 books, and all of them have appeared on either the NYT or USA Today bestsellers list, some multiple times. She likes multiples. 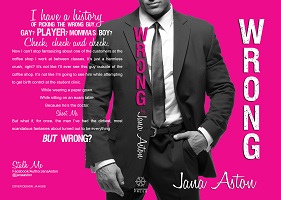