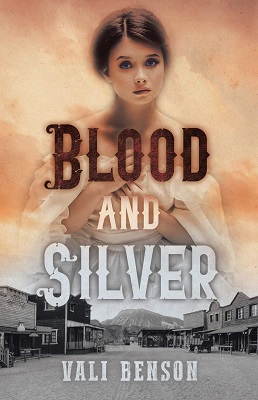 What is a twelve year old girl to do when she finds herself in the silver boom town of Tombstone, Arizona, in 1880, and her only home is a brothel and her only parent is a drug-addicted mother? If she is Carissa Beaumont, she outsmarts the evil madam and figures a way out.

After tricking the madam, Miss Lucille, into summoning a doctor for her mother, Lisette, she discovers that Miss Lucille has been drugging her. She and the kind doctor make a plan to try to save Lisette by dosing her down on the drug.

Doctor Henderson tells Carissa that the only source for the drug is a Chinese immigrant named China Mary, who lives in Hoptown, at the other end of Tombstone. Carissa has no choice but to go to the powerful woman for help. Many say that China Mary is the one who really controls Tombstone.

China Mary admires Carissa’s brave spirit, and uses her influence to get her a job at the new Grand Hotel, which will free Carissa from her many duties at Miss Lucille’s. She will work along with Mary’s twelve year old niece, Mai-Lin. The two girls become fast friends.

Then, disaster strikes, and the two girls must work together to stay alive.

1880 – Twelve-year-old Carissa has travelled to Tombstone Arizona with her mother, Lisette, who is a forced drugged-up prostitute for Miss Lucille who has moved her girls from San Francisco looking for a wealthier life. They are to reside with another Madam who runs prostitutes, though she is mysteriously killed just after they arrive and so Miss Lucille is now the owner of the whole place and all her girls.

Whilst attending to the murder the sheriff of the town take a shine to Carissa and her mother and wants to help them and so the town’s doctor is called to check up on Lisette. He tells Carissa there is nothing much wrong with her except she is being given too many drugs and that she needs to be weaned off them to make her better. He offers to help by telling her he will sort out help via China Mary who will supply the drugs but in a lesser strength which Miss Lucille will never know about.

China Mary knows everything about Tombstone and is more than happy to help Carissa and her mum, even helping her get a job at the Grand Hotel in the town where the rich like to stay.

Blood and Silver was a very strange read for me. You see I don’t really think the title suits the book, even if I think the title is great. Silver isn’t really made part of the plot until over 60% of the way through (I know Tombstone is a silver mining town) and there isn’t a lot of blood. There is also no big mystery, red-herrings, plot-reveal, etc. However, I just couldn’t put the book down. It is a straightforward story of one young girl looking to help her mother and a wild-west town who have taken her under their wing and want to help her.

I don’t know much about the wild-west as it has never been something that has interested me before, so I have never heard of Tombstone, which is a real place and has been featured in numerous books, movies, etc. I’d also never heard of China Mary who was a real person. With these in mind, it made the book all the more realistic and intriguing.

Like most girls in that era, Carissa is old beyond her years and has seen far more than she should ever have for a girl her age. She has lost her father and brother, had to live with someone drugging her mother and forcing her to be a prostitute, plus she has to work for free for the Madam of the house, cooking, cleaning, looking after the women.

The historical aspect of the book had been very well researched and it did feel like I had stepped back in time. It is a fascinating read. It might only be a short read at 142 pages but it is so worth it. It is beautifully written, tore at my emotions, and had me engrossed from the first page.

She grew up in the Midwest and now lives in Tucson with her husband, two sons and two grandchildren.