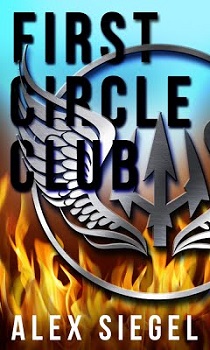 When Virgil is betrayed and murdered, he thinks his days of catching fugitives as a U.S. Marshal are over. He is condemned to an eternity of filing paperwork in the First Circle of Hell. Then a demon lord gives Virgil an unprecedented assignment. He will return to Earth as part of a team: two souls from Heaven and two from Hell. They must stop another damned soul who escaped and is now murdering teenagers on Earth. The serial killer has supernatural skills and is part of a larger conspiracy which is well prepared for a fight. If he is not careful, Virgil could be murdered a second time.

The angel touched down lightly on the sand. A supremely beautiful face made Sara want to cry with joy.
“I am Barachiel, chief of the guardian angels. You are Sara Bass?”
Sara nodded. “What can I do for you?”
“The Lords of Hell screwed up and allowed an evil soul to escape to Earth. Now we have to clean up their mess.”
“Oh. Sounds awful. What do you want me to do?”
“Go back to Earth as part of a search team,” Barachiel said. “The soul belongs to a serial killer, and he has started to kill again. It’s a uniquely important assignment.”
“I guess you know my background. I was a medical examiner for many years.”
“We picked you because of your background.”
“We?” Sara said.
“The Council of Light.”
The enormous magnitude of the situation was dawning on Sara. Of all the many millions of souls in Heaven, the Council had chosen her to return to Earth.
“Does this kind of thing happen often?”
“It has never happened before,” Barachiel said. “This search team concept is completely new. It might be a disaster, but we don’t have any other options. Regular angels aren’t suited for something like this. Hell is sending its own representatives. Try to be polite even if they smell bad.”
Sara wrinkled her nose.
“And of course, you can come back to Heaven any time you want,” Barachiel added. “If the job proves too much for you, we can find a replacement.”
“I’m sure that won’t be necessary.” Sara was looking forward to doing something useful again. “But how did this happen? I didn’t think it was possible to escape from Hell.”
Barachiel shrugged its beautiful shoulders. “I’m sure incompetence was the cause. Demons are so consumed by sinful thoughts they can’t think clearly. Regardless, it’s a big mess now. With all the bickering and accusations, you would think the Apocalypse had arrived.”
Sara doubted the explanation was so simple. 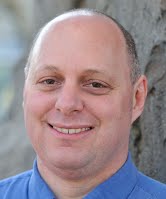 Alex Siegel has written three series, full of hellish scenarios and diabolical plot twists. His latest series is called First Circle Club, with the first book of the same title.

Alex is a computer programmer by day and a passionate, even obsessive, writer by night. He has published 22 titles with an online fandom clamoring for more. He lives in Chicago with his wife and triplet teenage boys.