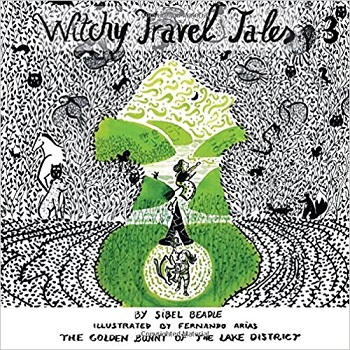 Miranda’s fifth daughter, Kai, desperately wants a pet. Wherever she goes she collects stray animals from bugs to snakes, however, none of these satisfy her dreams of having an animal she can really look after and call her own.

Thankfully, a solution unexpectedly appears when their friend Richard reveals that his grandson —a golden rabbit who lives in the Lake District— has the gift of making children’s wishes come true.

And so, armed with some spells and a lot of camping equipment Miranda, along with her daughters Kai and Viva, embark on an adventure. The only question is will they manage to find the giant waterfall where Richard’s cheeky grandson lives and return with a cuddly pet for Kai?

This is the third book in the Witchy Travel Tales by Sibel Beadle with ‘The Seven Sisters‘ being the first and ‘Sleepless in Stonehenge‘ the second.

The books all revolve around a family of witches, with mum Miranda at the head and her seven daughters, as they have adventures in different places in the UK.

This time one of the daughters called Kai really wants a pet, but Miranda isn’t allowed to use her magic to make her daughter’s wish come true. She takes advice from Richard, a magical rabbit, who tells her that his Grandson George, who lives in the Lake District, might be able to help her. So Miranda, Kai and her sister Viva drive to the Lake District to meet with George.

George though is quite hard to find. He can also be quite mischievous too. Will he be able to grant Kai her wish, and if so what animal will it Kai end up with?

The Witchy Travel Series is a delightful series of books that see the witch family having adventures in different parts of the UK. They are wonderful to read and even educational too.

They are all illustrated in an unusual, quirky style. Quite zany I would say. Each book also has its own colour too. The Golden Bunny of the Lake District is coloured green, so all the illustrations are green and black.

I have noticed that as the books are progressing, so is the number of pages of each story. This one has an amazing, engaging plot, but I personally did feel that it was a little bit too long, especially compared to the other two.

However, some may see this as a bonus, more story for your money. The books are certainly getting more interesting as the series goes on and the characters are just a joy to spend your time with. This is a great series for any child to read and enjoy. I can’t wait for the family to have more adventures.

Sibel Beadle started writing the children’s book series “Witchy Travel Tales” when she was getting divorced. She wrote her first story when her children went away with their Dad on holiday for the very first time without her. Sibel bought her eldest daughter a mobile phone so she could stay in contact with her. Every night her kids begged for a good night story and so at bedtime Sibel would send her children paragraphs of an imaginary story. Her kids loved the messages, the quirky characters and the story that unravelled every night so Sibel later compiled the various messages into her first book, “The Seven Sisters”.

Since then, Sibel has explored many beautiful locations in the World and has written stories about places she has visited every time her kids have been away with their Dad. Her writing deliberately tries to inspire and encourage children to visit these magical places. Her stories capture a real sense of imagination and excitement and try to help children deal with the real life problems young people face in today’s world, all without losing a sense of magic. 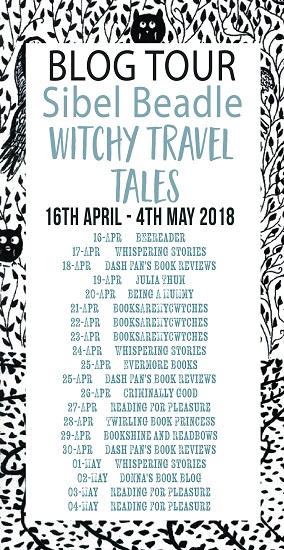