Today on the blog we welcome author Virginia Heath, with her guest post ‘Secrets, Smugglers and a Little Bit of Essex’ as part of the publication push for her new book, ‘A Warriner to Seduce Her‘. 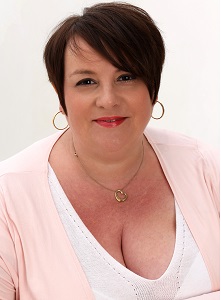 When Virginia Heath was a little girl it took her ages to fall asleep, so she made up stories in her head to help pass the time while she was staring at the ceiling.

As she got older, the stories became more complicated, sometimes taking weeks to get to the happy ending. Then one day, she decided to embrace the insomnia and start writing them down.

Fortunately, the lovely people at Harlequin Mills & Boon took pity on her and decided to publish her romances, but it still takes her forever to fall asleep.

Secrets, Smugglers and a Little Bit of Essex

Long before I got my publishing contract, I’d been thinking about writing a smuggling story. During the Regency, smuggling might not have been as rife as it had been in the 18th century, but it was an established and well-organised system which still robbed the crown of a significant amount of taxes. I did some research and discovered that it seemed to be controlled by localised gangs who could be quite cutthroat- and one of them lived on my doorstep in Essex.

I live in the Thames Estuary, where the river is at it’s widest before it spills into the sea. Back in the early 19th century it desolate was marshland, criss-crossed by deep creeks and tributaries which fed into the Thames. The smugglers exploited those little waterways thoroughly, transferring the smuggled brady, tea, tobacco, silk, lace and whatever else they could get past the Excise Men from the ships they came in to flat-bottomed barges. Those barges then brought the illegal goods inland. Then I discovered two local gems: the Bull pub in Corringham and St Michael’s Church in Fobbing. Two innocuous old buildings that once sat on the edge of the marshes and once hid a network of smugglers tunnels beneath. Fabulous!

What was most interesting was that these Regency smugglers were ‘gentlemen’ rather than the coarse and salty sea dogs we imagine from the previous century. Which got me thinking… what if these gentlemen were deliberately trying to destabilise the British economy? And what if their French suppliers used the profits to attempt to raise an army and free the then exiled Napoleon? That would be treason as well as smuggling…

An organisation like that would need a criminal mastermind to head it and a whole heap of willing, traitorous English aristocrats to aid him. They would be so clever and so toxic, your run-of-the-mill Excise man wouldn’t stand a chance. So in my odd head, The Boss and the King’s Elite were formed. The perfect backdrop for a Regency smuggling story.

Setting a romance in this subversive and murky world would be a challenge- but would be an interesting experiment. But then, I do like to mix things up and I’m a nerdy history girl at heart, so the final instalment of my Wild Warriners quartet struck me as the perfect to mix the actual history with my own interwoven creation.

Charming ladies’ man Jake Warriner and sensible schoolmistress Felicity Blunt find themselves unwittingly involved in a government operation to unmask a wanted smuggler and discover a criminal network so vast and poisonous, it threatens the stability of England’s economy and its national security. I can’t tell you anymore about A Warriner to Seduce Her without spoiling the plot, except to say that a key scene takes place on Fobbing Creek at St Michael’s Church and that I became so enamoured of my imaginary, smuggling world that this book became the springboard for the next series. The King’s Elite quartet begins with The Mysterious Lord Millcroft in August…

Awakened by the notorious rake!

In this The Wild Warriners story, schoolmistress Felicity Blunt feels old beyond her years―and desperately dull. Meeting confirmed rake Jacob Warriner brings her gloriously alive, and yet no matter his allure she must remain immune to his obvious charms and unashamed flirtation. But is Jacob merely a mischievous scoundrel? Or is there much more to this Warriner than meets the eye…?