The Image of Her by Lorna Peel – Book Review

The Image of Her by Lorna Peel – Book Review 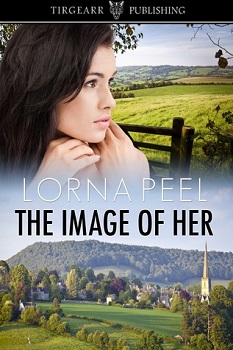 Rachel Harris had been abandoned as a baby on the steps of a church-run children’s home in England, then later adopted. Who was her birth mother and what were the circumstances which led her to give up her baby?

Searching for someone who doesn’t want to be found seems a hopeless task, until Rachel meets Matthew Williams, a Church of England clergyman.

Then anonymous and increasingly frightening incidents begin and threaten to end their relationship. Are these actions connected to the mysterious events surrounding Rachel’s abandonment?

This book begins with a supernatural phenomenon that turns out to be something else. However, Lorna Peel keeps the theme of something supernatural in the form of a woman’s search for her biological mother.

The unknown elements of her adoption unsettling Rachel Harris to the point of continuing to delve, even when the clues are heart-breaking. So, there is somewhat of a haunting going on throughout the narrative. I loved the mystery and the story line. I love to read fun, bright chick-lit and this story was less fun, but more intense and kept me hooked.

I did not like how some of the relationships turned out, but I understand the reasoning behind Peel’s choice to leave some of them estranged at the end of the book. I also appreciated the amount of compassion and understanding that many characters showed as the mystery unfolds. The twists in the plot surprised me, and I loved that too.

However, because there are a few scenes between the heroine and hero that were too sexually descriptive for my taste, I do not give a very high rating. If I had known The Image of Her contained them, I would not have chosen to review it.