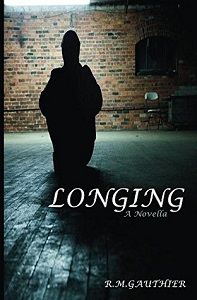 Longing is the story of a Special Forces Officer and a Business Tycoon becoming unlikely partners in their fight for justice and revenge.

Leroy, a Special Forces Officer, returns home from Afghanistan after serving eight terrifying years, only to discover that his nightmare has not ended. After learning that his sister has been missing for months, Leroy sets out to find and bring her home.

Meeting Landon Miller, a Business Tycoon and owner of an exclusive club exposes Leroy to a world of corruption that he had no idea even existed.

This character-driven novella is Renee Gauthier’s début publication and features a minor character from her full length novel ‘Control’.

She has tackled the difficult task of writing from the first person perspective; this device can be restrictive but I believe Gauthier handles it well. ‘Longing’ moves along at a fast pace with a good back-story which quickly draws the reader in.

The descriptive scenes are well-written and conjure up a vivid picture of corruption, exploitation and vulnerability. The main character is strong and decisive but at the same time sensitive and caring and the reader can empathise with his predicament.

The plot builds nicely but then seems to plateau with a conclusion never quite materialising, leaving me feeling a little disappointed.

If you are looking for an entertaining action story, this novella would be well worth reading. There is much to admire in this work but for me, it promises a bit more than it delivers. However, I believe this author is one to watch in the future and I award ‘Longing’ a creditable three and a half stars. 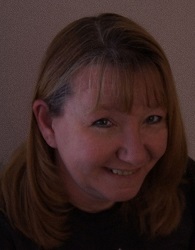 Through the combined programs she has learned several software programs, such as, Illustrator, InDesign, Audition, Acrobat and Flash. Armed with the basics of each program she has continued to acquire more experience and skills working on projects in both programs along with personal projects. Between the two programs she was fortunate enough to learn both Final Cut Pro and Avid giving her extensive knowledge of editing programs.

During her years in these programs she has had the privilege of working on several short films and other projects including commercials with fellow students making up the crew. She has had the pleasure of directing over half of these projects and leading her crew to success. She has also taken on many other roles in including Production Manager, Assistant Director and Editor enjoying every aspect the filmmaking process.

She is also an author and when she started writing her novel, she had no idea that she would end up at this point… with one book finished and another underway.

Renee won 2nd place in the ‘League for Innovation Student Literary Contest’ for her One Act Play called ‘One Moment’.