Based on the book of the same name by Jason Matthews

Dominika Egorova is drafted against her will to become a sparrow, a trained seductress in the Russian security service Dominika learns to use her body as a weapon, but struggles to maintain her sense of self during the dehumanizing training process Finding her power in an unfair system, she emerges as one of the program’s strongest assets.

Her first target is Nate Nash, a CIA officer who handles the agency’s most sensitive infiltration of Russian intelligence. The two young operatives fall into a spiral of attraction and deception, which threatens their careers, allegiances and the security of both countries.

You Were Never Really Here

Based on the of the same name by Jonathan Ames

You Were Never Really Here

A missing teenage girl. A brutal and tormented enforcer on a rescue mission. Corrupt power and vengeance unleash a storm of violence that may lead to his awakening

Based on the books by Beatrix Potter 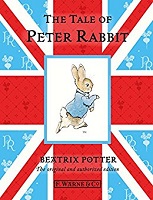 The Tale of Peter Rabbit

PETER RABBIT, the mischievous and adventurous hero who has captivated generations of readers, now takes on the starring role of his own irreverent, contemporary comedy with attitude. In the film, Peter’s feud with Mr. McGregor escalates to greater heights than ever before as they rival for the affections of the warm-hearted animal lover who lives next door.

James Corden voices the character of Peter with playful spirit and wild charm, with Margot Robbie, Elizabeth Debicki, and Daisy Ridley performing the voice roles of the triplets, Flopsy, Mopsy, and Cottontail.

A Wrinkle in Time

A Wrinkle in Time

A Wrinkle in Time is an epic adventure through one girl’s transformative journey led by three celestial guides. We discover the strength comes from individuality and that the best way to triumph fear is to travel by one’s own light.

Mark Felt: The Man Who Brought Down the White House

Based on the book, Felt: The Man Who Brought Down the White House by Mark Felt

Based on a true story of the most famous anonymous man in American history: Mark Felt, the FBI second-in-command who was the ‘Deep Throat’ whistleblower in the 1970s Watergate scandal.

MARK FELT shows us Watergate as we’ve never seen it before, flipping the perspective from All the President’s Men’s journalists-on-the-street to a view from the highest offices of power, an extraordinary window into a government in turmoil. The story of far-reaching White House corruption, of which the Watergate break-in was only a lone example.

Based on the same name by Ernest Cline 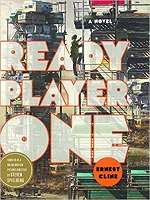 The film is set in 2045, with the world on the brink of chaos and collapse. But the people have found salvation in the OASIS, an expansive virtual reality universe created by the brilliant and eccentric James Halliday. When Halliday dies, he leaves his immense fortune to the first person to find a digital Easter egg he has hidden somewhere in the OASIS, sparking a contest that grips the entire world. When an unlikely young hero named Wade Watts decides to join the contest, he is hurled into a breakneck, reality-bending treasure hunt through a fantastical universe of mystery, discovery and danger.