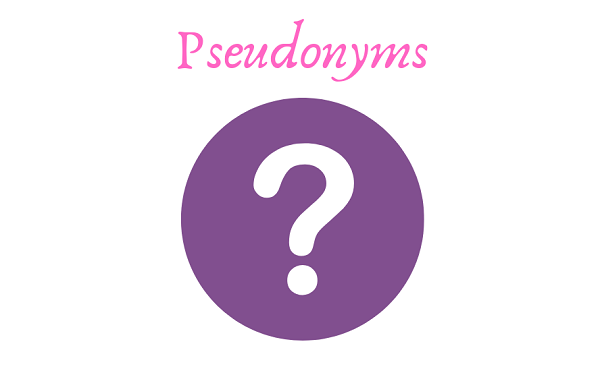 Some authors go through life using only one name, their real name, the name that they were either born with or their married name. Others choose a pen name, a pseudonym, to use throughout their entire career. However, some novelist like to use a different pen names for their works in different genres

There are a lot of reasons why authors choose pen names.

Take the Brontë sisters. Their original published works were written under pen names.

Why? Because back when they first began writing, women weren’t considered authors. If they had written under their own names their works would unlikely have ever been published, so they chose male pen names instead.

Similarly, Mary Anne Evans wrote under the pseudonym George Eliot because she believed that female authors were only seen as romantic novelists and she wanted her work to be taken seriously.

J.K Rowling writes under the pen name Robert Galbraith for her crime fiction novels, rather than her name, which is associated with the ‘Harry Potter’ series of books. She wanted to take her new writing as far away as possible from herself, wanting to work without all the hype and have total unvarnished feedback that she most probably wouldn’t have received using her own name. This is similar to what Stephen King did back in the 1980’s.

Stephen King wrote under the pseudonym Richard Bachman for five of his books. He initially started writing under the pen name when he was told by his publishers that he shouldn’t write more than one book a year. In 1984 though, he wrote the book ‘Thinner’ using Richard Bachman as the author and minimally marketed it. He wanted to see if the readers bought his books because of his name or his talent. The initial release of the book sold 28,000 copies, though when he was outed as the author, the book sold ten times as many copies. He was in the middle of writing ‘Misery’ when he was found out, and was planning on releasing it under his pseudonym.

Some authors don’t just create a pen name; they create a whole different person. Daniel Handler is the real name of ‘Lemony Snicket’. The Lemony Snicket books are fictional biographies and Daniel created a whole life for Lemony, including where he grew up, went to school and his family etc. Daniel doesn’t just have one pen name though, he also uses the pen name ‘Pseudonymous Bosch’ for his ‘The Secret Series’, so that he can expand on the theme of secrecy in the books.

There are a few authors though who go above and beyond that of having one pen name. Some have multiple names.

As well as two stage names, as he was also an actor – Louis F Baum and George Brooks. 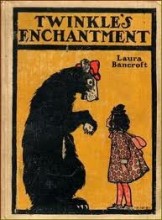 There have also been other names linked to the author which he has dismissed as not his works.

Some author’s pen names are rather quite amusing though. Take Erika Leonard (nee, Mitchell) – She wrote under the pseudonym ‘Snowqueen’s Icedragon’ for her fan fiction based on the twilight books. She is widely known though by the pen name she uses for her ‘Fifty Shades of Grey’ books – E.L. James.

I think one of my favourites is the pen names that politician and ex US President – Benjamin Franklin used.

Below is a small list of some authors and their pen names, some you will be familiar with, others may surprise you.

A Dark-Adapted Eye by Barbara Vine

Toni Morrison – Chloe Ardelia Wofford (Her baptised name was Anthony which she shortened to Toni and Morrison was her married name).