Did you know that a very famous author, one whose books has sold hundreds of millions of copies around the world and even had some of his work adapted into feature films starring the amazing Tom Hanks, one had a career as an singer when he was in his twenties?

That’s right you guessed it – Dan Brown, the author of novels such as ‘The Da Vinci Code’ and ‘The Lost Symbol’ once had a brief career as a songwriter and pop singer, before turning his hand to writing books instead.

Dan Brown’s first move into music was to record a children’s cassette which was titled ‘SynthAnimals’, unfortunately this only sold a few hundred copies.

He later recorded two CDs (compact discs for the young generation reading this) albums. His first album was released in 1993 with the original and obviously well thought out title ‘Dan Brown’ 🙂 His second album released a year later in 1994 was titled ‘Angels and Demons’- hmmmm does that name sound familiar??? 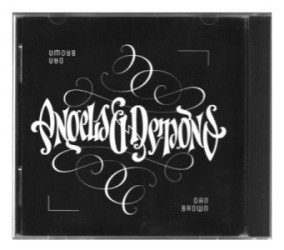 To be fair neither album was a big success which isn’t a surprising when you realise that there were songs on them such as ‘976 Love’ which was about phone sex.

Not only was Dan Brown a singer but he also had his own record label called Dalliance.

I think it’s safe to say that Dan Brown is certainly a better writer of novels than he was a singer/songwriter.

*Updated – In September 2020 Dan Brown has released a book for children titled ‘Wild Symphony‘ which is accompanied by a classical music album for children featuring some of the songs he wrote and performed thirty years ago, although they have been reworked and updated. The songs can be hear via a smartphone app which uses augmented reality to instantly play the appropriate song for each page.