AD. Today we welcome author Elaine Spires to Whispering Stories with her Promotional Post for her ‘Singles’ Series’ which includes six books, all available in ebook and paperback. Plus, they are available for FREE with Kindle Unlimited too.

‘The destination was like a character itself and the author has captured the sights, smells and sounds’ – 5 Stars

‘To say I enjoyed this book would be a massive understatement. I absolutely loved it.’ – 5 Stars 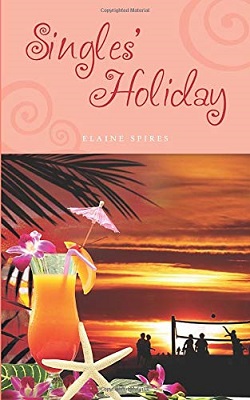 Antigua… the Caribbean at its most luscious, its most beautiful… silver sand, cobalt sky, warm turquoise sea… and a bunch of complete strangers, who only have one thing in common: they’re single.

Some are looking for romance, some for something more. But they’ve all chosen to spend their holiday with people they have never met before. And pretty soon, some will become good friends, some enemies and some lovers. And many of them will experience the unexpected, including their tour manager Eve, who perhaps has the biggest shock of all. A story that will make you laugh and cry with just the right number of twists to keep you turning the pages as you get to know all the members of the group as they, in turn, get to know each other. 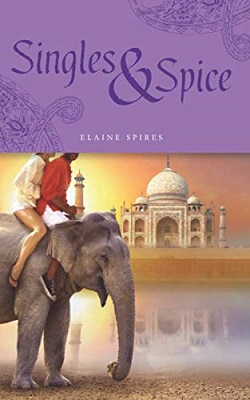 A singles’ holiday to India’s Golden Triangle – Taj Mahal, the pink city of Jaipur, tiger-spotting in Ranthambore, the noisy, crowded streets of Delhi – all go to make up a trip that is hot, humid and spicy.

Eve Mitchell, Travel Together’s tour manager extraordinaire has a couple of familiar faces in her little group of travellers and others that she hasn’t met before; sexy man-eating pensioners, a compulsive over-eater, a constant whiner and a man with a personal problem. And there’s a big surprise awaiting someone -and Eve – early one morning.

By the end of the tour, which sees our group travelling by coach, rickshaw, train and elephant, she will know rather more about some of their innermost secrets than she’d like. But Eve deals with all the twists and turns the trip throws at her as we come to understand what makes people travel the world with a bunch of complete strangers and appreciate the success that is a singles’ holiday. 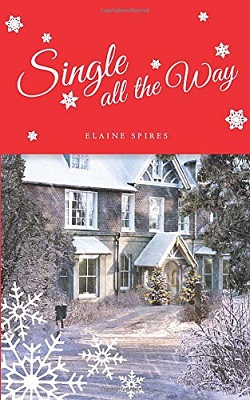 Single all the Way
Book Three

Travel Together Tour Manager Eve Mitchell is planning a quiet Christmas at home to rest and relax before celebrating an extra-special New Year. But she soon unexpectedly finds herself in the depths of the Essex countryside looking after a singles’ group which contains some old, familiar faces and some pleasant – and not so pleasant – new ones.

With its country walks, quizzes, disco and black-tie ball, the Christmas and Twixmas Break passes quickly, but just as they think it’s all over the plot takes a twist and we learn some dark secrets…

On a sunny afternoon at the end of July The Viking Queen sets sail in all her splendour from the London Cruise Centre at Tilbury, down the River Thames towards the sea at the start of a cruise to Amsterdam and the Norwegian Fjords with some Travel Together singles on-board.

As the group is only twelve strong and she already knows three of them, tour manager extraordinaire Eve Mitchell naively asks herself ‘What could possibly go wrong?’ Before long she finds out. Eccentric twins; a grieving young widow; a pensioner with a very risqué part-time job; a myopic millionaire looking for love; a recovering alcoholic and someone who’s not quite what they seem all form the motley crew of shipmates who make Eve rue her words.

Professional and polished as always, as she weaves her tour manager magic against a backdrop of the majestic, magnificent mountains of the silent, resplendent Fjords, Eve’s personal life starts to unravel. 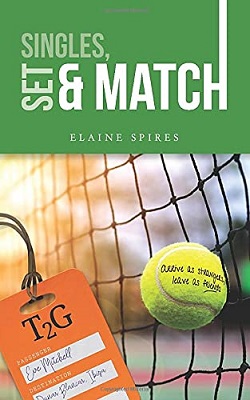 The fifth and final book in the Singles’ Series takes us to the Ibiza, the sparkling jewel of the Mediterranean then back to the vibrant, sultry Caribbean island of Antigua, where it all began. After making a hard decision two years earlier Eve Mitchell has moved on with the hand that life has dealt her and she finds herself on the White Island working a tennis holiday.

While it isn’t a job she would have chosen, in her typical pragmatic way Eve gets on with it, working hard to ensure that her diverse group of singles, with their hopes, expectations character flaws and baggage, have the best time possible. And as she binds together tennis sessions, social gatherings, meals and trips Eve hears some tragic personal news that brings her to another crossroads in her life. Will she and her soulmate Melv finally make a life together and have their happily ever after? 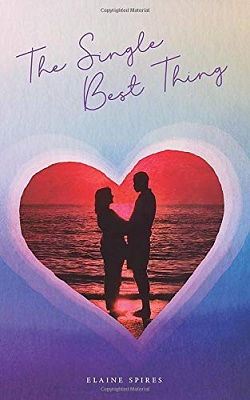 Almost four years have passed since Melv followed Eve back to England refusing to throw away their long awaited chance of lasting love and happiness. Much has happened in that time. No longer a tour manager for Travel Together, Eve is enjoying unexpected success in her new career. Has she forgiven him for hurting her so deeply? Was her love for him simply enough? And what about her own dark secret?

Provoking smiles and tears this glimpse into Eve’s future brings the Singles’ Series to its final conclusion.