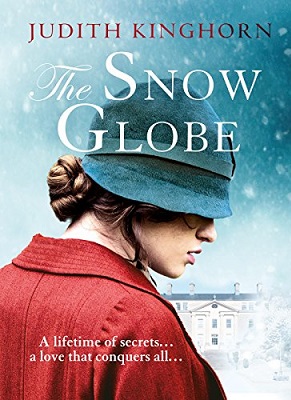 As Christmas 1926 approaches, the Forbes family are preparing to host a celebration at Eden Hall. Eighteen-year-old Daisy is preoccupied by a sense of change in the air. Overnight, her relationship with Stephen Jessop, the housekeeper’s son, has shifted and every encounter seems fraught with tension.

Before the festivities are over, Daisy has received a declaration of love, a proposal and a kiss – from three different men. Unable to bear the confusion she flees to London and stays with her elder sister.

By the following summer, Daisy has bowed to the persistence of the man who proposed to her the previous year. When the family reunite for a party at Eden Hall and Stephen is once more in her life, it is clear to Daisy she is committing to the wrong person. Yet she also believes that family secrets mean she has no choice but to follow her head instead of her heart.

Will love conquer all, or is Daisy’s fate already written?

Just like a snow globe is encased in glass then put on display for us all to admire and look at, 18 year old Daisy Forbes is feeling much the same way.

Christmas 1926, the elegant Forbes family are enjoying the festive time at their home, Eden Hall. Daisy is the youngest child of Mabel and Howard and has always been a daddy’s girl, but now he has broken her heart. Daisy discovers that he has been living a separate life in London with his lover, who just happens to be spending Christmas with the family.

He has destroyed all faith she had in him, and now Stephen, the young man that she deeply loves has announced that he is leaving to begin a new life abroad. Daisy’s life is in turmoil, made harder by the fact that three men are vying for her attention, and her hand in marriage. She does the only thing she knows she can do, she ups and leaves, heading to London.

The Snow Globe is a historical family drama set in a time when the country is recovered from the destruction of WWI, and a sense of newness is emerging.

The characters have all been carefully thought out, and their stories play out beautifully, flowing naturally with one another. Daisy is a young woman who is just becoming an adult and realising that being a grown up is not easy. Along with her mother, Mabel, these two women make the book exceptionally special.

As I was reading along I suddenly realised that the story had become exceptionally visual in my mind, and the images formed were very Downtown Abby-Esq. I had a real sense of satisfaction whilst reading the book as it truly captured my imagination.

I haven’t read any of Judith’s earlier work, and I’m not always a fan of historical fiction, but this book just made me want to keep reading, it engaged me with the emotions that the family were feeling and had me eager to see how the story would end.

Ms. Kinghorn has a true gift for creating compulsive and page-turning fiction. I will certainly be looking out for more of her work in the future.

Judith Kinghorn is the author of four novels: The Echo of Twilight, The Snow Globe, The Memory of Lost Senses and The Last Summer.

She was born in Northumberland, educated in the Lake District, and is a graduate in English and History of Art.

She lives in Hampshire, England, with her husband and two children. 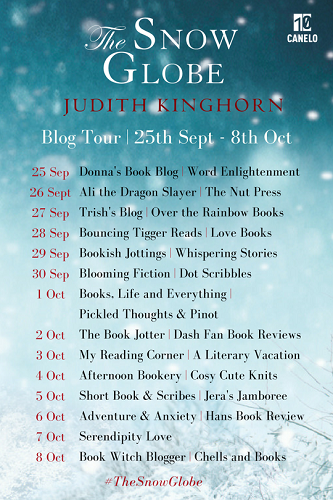