Today we welcome author Kacey Vanderkarr with the cover reveal for her upcoming new book ‘Stepping Stones‘, which will be released on 25th August 2015. This post contains affiliate links. 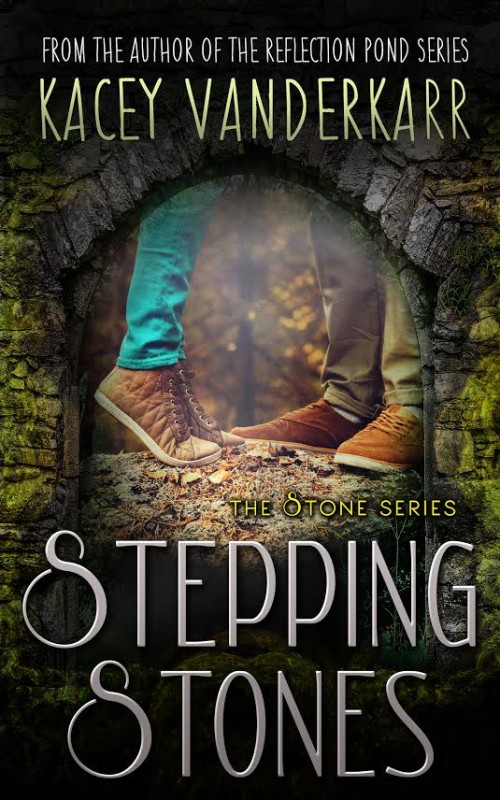 Onnaleigh Moore is part of a plan—and it isn’t hers. When her brother dies in a car accident, Onna is desperate to preserve the tatters of her family.

Any hope of finding normalcy vanishes when her mother runs off and her dad turns to booze to numb his pain. Onna’s grief is crippling, but the boy who showed up just when she needed him is helping her cope.

Everett’s presence is comforting, though he knows things—Onna’s name just before they met, where she lives, and sometimes he comments on thoughts she doesn’t say aloud.

She pegs him for a stalker, or maybe psychic, but the truth is deadlier than she imagines. As their feelings for one another deepen, Everett confesses a horrifying secret: Onna’s brother is only the beginning of the plan, and some fates are worse than death. 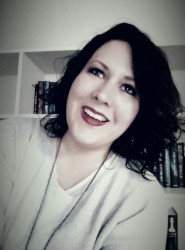 KACEY VANDERKARR has a penchant for fantasy and frequently listens to the voices in her head most of whom are teenagers. Her favourite place to write is an old salon chair in her kitchen, with coffee in one hand and adoring cats sprawled across her arms. She prefers her music loud and her sceptics quiet.

When she’s not writing, Kacey coaches winterguard, works as a sonographer, and hangs out with other weirdos like her at the Flint Area Writer’s club. In addition to her novels, The Reflection Pond Series, Antithesis, and The Stone Series, Kacey’s short fiction is featured in Sucker Literary Vol III, Ember: A Journal of Luminous Things, and Out of the Green: Tales from Fairyland.