The Tale of Angelino Brown by David Almond – Book Review

The Tale of Angelino Brown by David Almond – Book Review 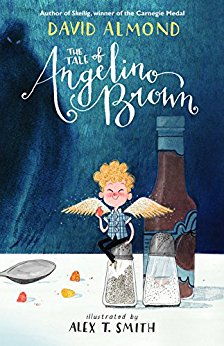 Bert and Betty Brown have got themselves a little angel. Bert found him in his top pocket when he was driving his bus.

Bert and Betty’s friends think he’s lovely. So do Nancy and Jack and Alice from Class 5K. What a wonder!

But Acting Head Teacher Mrs Mole is not so sure. Nor is Professor Smellie. Or the mysterious bloke in black who claims to be a School Inspector.

Then there’s Basher Malone – big, lumbering Basher Malone. He REALLY doesn’t like Angelino. And it looks like he’s out to get him…

Bert took the angel home to his wife Betty. Together they named him Angelino, and they looked after him like he was their son. Betty decided that Angelino needed to go to school. She took him to the local one, where she was a dinner lady. The head teacher though, wasn’t impressed with Angelino.

Everyone loved the little Angel, apart from a few who thought that it was okay to bully him. And what about the mysterious man who is trying to get close to Angelino?

The Tale of Angelino Brown at 288 pages long, is an older child/YA book. It is an imaginative, interesting read that covers lots of subjects. From bullying, friendship, to love and happiness.

There are plenty of illustrations throughout, which heighten the interest to an already fabulous plot. The book is engaging, and attention grabbing. It has that old school feel to it, with goodies and baddies.

The Tale of Angelino Brown is a charming, captivating story from beginning to end. 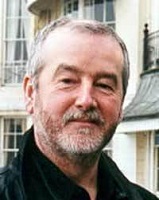 David Almond is a British children’s writer who has penned several novels, each one to critical acclaim. He was born and raised in Felling and Newcastle in post-industrial North East England and educated at the University of East Anglia.

When he was young, he found his love of writing when some short stories of his were published in a local magazine. He started out as an author of adult fiction before finding his niche writing literature for young adults.