The Colours of Death by Patricia Marques – Book Review

The Colours of Death by Patricia Marques – Book Review 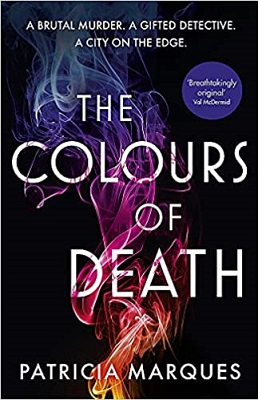 The Colours of Death

In the Gare do Oriente, a body sits, slumped, in a stationary train. A high-profile man appears to have died by throwing himself repeatedly against the glass. But according to witnesses, he may not have done this of his own accord.

Lisbon 2021. A small percentage of the population are diagnosed as Gifted. Along with the power comes stigma and suspicion.

In a prejudiced city, Gifted Inspector Isabel Reis is hiding her own secrets while putting her life on the line to stop an ingenious killer.

A violent and mysterious crime. Suspected Gifted involvement. A city baying for blood. And a killer who has only just begun . . .

The Colours of Death is a beautifully unique book that blends the thriller and sci-fi genres perfectly. Set in present-day Portugal, Lisbon to be precise, but not quite the Portugal you would expect as the country is split between normal people and ‘The Gifted’. These gifted people have one of two ‘gifts’ either telepathic or telekinetic power and on a scale of 1-10.

We meet Inspector Isabel Reis who is gifted with telepathic skills. There is a divide within the country pushed by the right-wing PNP a political party wanting anti-gifted laws and rules in place headed by Bento Soares.

When Isabel is called to Gare do Oriente (train station), after a man died from head injuries in one of the carriages, it soon becomes clear that the man, Gil Dos Santos, was one of the heads of the NIT (National Testing Institute), the institute where the gifted are overseen and registered. It is alarming that it would seem that he was killed by a gifted person with off-the-scale telekinetic powers.

With the country already fearing the gifted how are they going to react when it would seem one with powers never seen before has killed and may kill again. It is up to Isabel and her new partner Inspector Voronov to work the case and bring their killer to justice before blood is spilled on the streets.

I’m not sure why the people with these unique skills are called ‘gifted’ given the reactions that they have on the individuals. Remember the scene in the movie ‘What Women Want’ where Mel Gibson can hear all the thoughts from the women near him? Well, this is what it is like for Inspector Isabel. To silence the noise she has to take a tablet that leaves her with a blinding headache that she has to work with and a need for food to fuel her body. Doesn’t sound like much of a gift to me!

I found The Colours of Death a real joy to read. I loved the unusualness of the plot being set in the present day, but not like we know it. I adored that the scenes took place in a location I hadn’t read before in a thriller and the combination of the two genres worked well. The characters, especially Isabel, you could emphasise with and came across as realistic.

This is a book I enjoyed from beginning to end. It kept me entertained the whole way through. It had me wanting to keep on turning those pages to not only see the case being built but to watch the team put the complex puzzle together, but to learn more about these gifted people and the lives of Isabel and Voronov too. 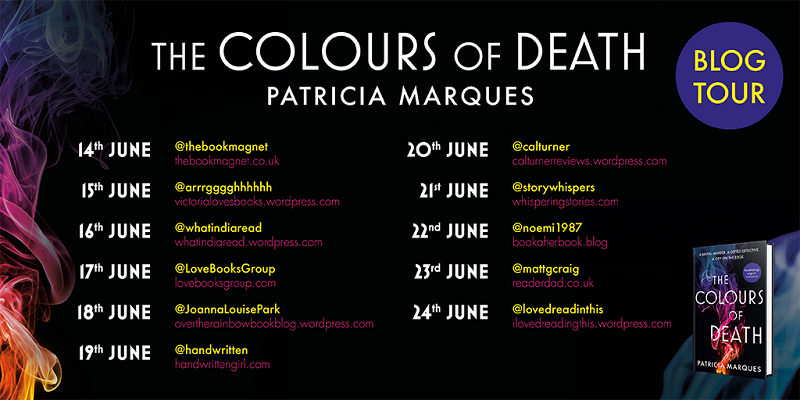 What did you think of ‘The Colours of Death’? Share your thoughts in the comment section below!