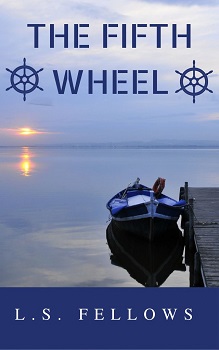 Fern Mortimer has mastered the art of being invisible.

Since a hit and run accident five years ago left her wheelchair-bound, she has become a recluse in her parents’ home.

After finally venturing back into the real world, she struggles to make friends and trust anyone. Getting the nickname of The Ice Queen at her new place of work does little to build her confidence.

However, one young woman, Nessa Sullivan, sees through Fern’s mask and is determined to be her friend. A mission that only months later sees Fern joining Nessa and three others on a well-deserved and much-needed holiday to the Portuguese Algarve.

During the holiday, Fern is seduced by a handsome restaurant manager, raising her mood and her hopes of a romantic entanglement whilst also robbing her of her usual common sense and sound judgement.

So, why is her wheelchair now lying capsized in the infinity pool and a body is spotted out at sea?

Where is Fern Mortimer?

I was intrigued by the synopsis of this book and chose to read it because it sounded like a fascinating mystery, and I hadn’t read a short story in ages. I thought it would make a nice change from a novel.

I found myself wrapped up in the world L S Fellows created, and caring about the main characters, Nessa and Fern, because they had depth and dimension as did Raven as the story unfolded.

This story keeps you gripped until more or less the end, but I did guess the twist before it was revealed. L S Fellows has a good feel for description and I always felt part of the scene or the atmosphere, especially when there was dialogue.

As it is a short story I cannot say too much without giving away the big reveal but, I have to say that the second half of the book flew along at quite a pace and tried to cram too much in. This only made me feel that a longer story was needed here. I felt as if I was sitting on the sofa being told who did it and why by Mrs Marple, rather than the author showing me how the culprit came to do what they did.

Don’t get me wrong, when you read this you will get a complete understanding of what went on, and why, but with more ‘show’ and less ‘tell’, as a reader you would have more fun working things out for yourself.

I think this story would have served better as a novel rather than a short story as I felt the author missed a few tricks; a bit more plot and character development and I would have been happier and more satisfied by the end of this read.

Having said that, I would recommend this book for anyone wanting a quick and easy read that isn’t too involved and if you want to fill a quiet afternoon with a nice cup of tea in a comfortable chair!

Originally from England and now living her dream in Spain, L S Fellows only took up writing as part of a challenge back in 2013. It didn’t take long to lure her into the murky world of murder mystery plots, plans for vengeance and conspiracy theories.

Writing these stories has led her to enrol in some wacky and bizarre courses – purely for research, of course. These include ‘Identifying the dead’, ‘the forensic psychology of an eye witness’ and ‘antiquities trafficking and crime’ to name just a few.

Armed with this new knowledge she intends to follow up her latest project with a mystery series, or maybe a conspiracy thriller set in the Caribbean or possibly a fantasy set in medieval Spain. Who knows where she might end up?

Find out more over at – The Writing Life of: Rosa Temple