The Writing Life of: Hilary Grossman

This week on ‘The Writing Life of:‘ I am thrilled to be interviewing author Hilary Grossman. Hilary will be sharing with us detail of her writing life, telling us all about her latest book ‘Plan Bea‘, which was released on 9th October 2015, and answering a few fun questions too. This post contains affiliate links.

By day, Hilary Grossman works in the booze biz. By night she hangs out with her “characters.”

She has an unhealthy addiction to denim and high heel shoes. She’s been known to walk into walls and fall up stairs. She only eats spicy foods and is obsessed with her cat, Lucy.

She loves to find humor in everyday life. She likens life to a game of dodge ball – she tries to keep many balls in the air before they smack her in the face. She lives on the beach in Long Island.

The soap opera, Young and the Restless, first aired a few months before I was born. My mom got hooked on it when I was an infant. All through my life, whenever she and I were home together during the early afternoon, we’d watch the soaps.

My elementary school friends would talk about the cartoons they watched lunchtime, while I would be wondering if Victor and Nikki would get back together. As a result, I became obsessed with drama at a young age.

Towards the end of elementary school I started writing plot notes for the soaps I watched. I wanted to be a TV writer. As I got older, my love of books replaced my love of TV, and my dream changed…I started writing my first book shortly after I graduated from college but never finished it.

The amazing people I met as a result of my blog blew me away. After about a year of blogging, I went to a Blog Her conference about transforming a blog into a book. I was so motivated by everything I learned I started writing ‘Dangled Carat’ days later.

Yes. Jen Lancaster. Until I read ‘Bitter is the New Black’ I hate to admit it, but I didn’t know what a blog or a memoir was. After reading her book, I was so motivated to stop dreaming.

I started my blog days after finishing her book. I had the opportunity to meet Jen this spring at a book signing. It was amazing to thank her in person for motivating me.

I have a pretty stressful, day job where I work incredibly long hours. (I am a CFO of a beverage alcohol company.) It is near impossible for me to write during the week, so I only write on the weekends. But I have been known to spend the entire weekend glued to my laptop.

I don’t really have any strange habits, except for the fact I do a lot of writing in my head when I can’t physically write (like in the shower or in a traffic jam). Oh, and I often take the summers off from writing.

Computer! Which is a good thing, because if I wrote long hand I probably would never be able to read back what I wrote… Typing has totally ruined my penmanship!

Hmm – this is hard, especially since ‘Dangled Carat’ is my real life chick lit story, so the characters in the book are my favorite characters in my life.

But… that said, I think if I had to pick one, I would pick Beatrice Buchanan from Plan Bea.

Bea was so much fun to write. She is a tough cookie. On the outside she seems so cold, distant, and selfish. She is the kind of woman you love to hate. But she also has a wicked sense of humor. She has had a very difficult life, and once you understand what she has been through, you can relate to her…

I’m not a plotter. With ‘Plan Bea’, I knew how the story would begin. I also knew the twist ending. But as for the middle, I had no clue what would happen with the ladies.

There were many times in the book where Anna or Beatrice took over. There is a scene where the women are in a diner having a heated conversation. Anna started telling her mother a story. I could barely type fast enough to keep up everything Anna was saying.

And when Anna confessed a secret she has kept hidden for years, I gasped. I didn’t see it coming… 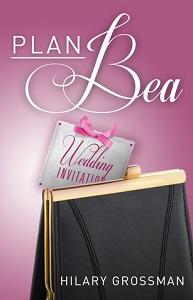 How well do you really know the people in your life? Annabel O’Conner has the perfect husband, two adorable children, an amazing job, and the mother from hell!

Annabel doesn’t like it but has come to terms with the fact that her relationship with her mother, Bea, deteriorated to the point of forced and strained communications. However, an unscheduled call from Bea turns her world around and makes Annabel question everything she believed about her life.

Despite the fact secrets, lies, and misplaced blame have destroyed the women’s relationship; Annabel reluctantly agrees to help Bea plan her wedding. Little does Annabel know the impact of her decision.

All in all, it took about a year and a half for ‘Plan Bea’ to be completed. I wrote the first draft in about six months. Then I had beta readers review the book. Then the book went through editing, and I did rewrites that took a couple of months.

I didn’t. My issue was the opposite, all I wanted to do was write the book, but I had to juggle the other aspects of my life… But one thing I don’t do is force myself to write.

If I am not feeling creative, I don’t write. Whenever I have forced myself I have never been happy with the outcome.

Some names are pretty important and I give them a lot of thought, and other’s just sort of come to me.

As for Plan Bea, I thought of the title first. I love plays on words. Picking Beatrice’s name was easy. I came up with the idea and title of the book moments after I read a review of ‘Dangled Carat’ written by a book blogger.

We were tweeting each other when the idea came to me. Her name was Ana so I wanted to name my main character after her.

Harley’s name is significant to the story, and Violet’s I just liked. As for Cole, the poor guy had three names. First he was called Jake. Shortly after I started writing the story, I went to a writer’s group where the speaker said that the name Jake was overused. So I changed it to Oliver, but it didn’t fit him (and I kept forgetting the name – which wasn’t a good sign). The name Cole sort of came to me and I liked it.

Bea would be Diane Keaton, Walter would be Harrison Ford (I am shocked he is 73 – thank you google)

Cole would be Bradley Cooper, Annabel’s would be played by Megan Fox.

I have beta readers who review my book before it goes to the editors.