When He Fell by Kate Hewitt – Book Promo

When He Fell by Kate Hewitt – Book Promo

Today we welcome author Kate Hewitt with her Promotional Post for her new book, When he Fell, which was released on 1st June 2015. You can also have a read of an excerpt below.

Josh and Ben are nine years old and best friends, until a single, careless act in the school playground destroys the lives of both families – and wrenches their small Manhattan school apart./p>

As both mothers Maddie and Joanna try to find out what really happened between the boys, they discover the truth is far more complicated and painful than either of them could have ever realised… with lasting repercussions for both families.

And when tragedy strikes again in the most unexpected of ways, the lives of these two women will be changed once more, and this time forever.

When He Fell explores the issues of parental responsibility and guilt, and whether there are some acts that human nature just cannot forgive…

Excerpt – When He Fell

Mrs. James rises from behind her desk and holds out a hand which Lewis and I shake in turn. I would have expected the headmistress of an alternative school like Burgdorf to be relaxed, easygoing, even a bit hippyish, but Ruth James is none of those things.
In her mid-fifties with a steel-gray bob and pale blue eyes, she is elegant and dignified and more than a bit remote. Sometimes I wonder how much of Burgdorf’s philosophy she actually believes in. Maybe this was the only headship she could get.
She waits for us to sit before sitting down herself and then folding her hands on the desk in front of her.
“Obviously you know about Ben Reese’s accident yesterday,” she begins, and Lewis and I both gape.
“I’m sorry, we weren’t aware that Ben had an accident,” I say after a few seconds’ silence. “Is he all right?”
Mrs. James’s eyes narrow and her lips purse. “No, he is not. He is in the hospital with a serious brain injury.”
“Oh, no.” Shock ices through me. How will Josh cope without Ben, his best and only friend? And then I feel ashamed because I am thinking of Josh, rather than Ben, who sounds like he is seriously injured. “I’m so sorry,” I say.
“Josh didn’t tell you?” Mrs. James says after another expectant pause, and I feel my face heat even as my hands go clammy.
Josh’s sorrowful silence last night makes sense now, but why wouldn’t he tell us his friend was hurt? Why wouldn’t he share something like that?
“No, he didn’t,” I say, because how can I say anything else? I glance at Lewis; he is silent and stony-faced, but I see how his face is pale with shock. We endure another few seconds’ silence.
“Don’t you think,” Mrs. James finally says, her gaze swiveling from me to Lewis, “that’s rather odd?”
I glance again at Lewis; he has folded his arms and is staring straight ahead.
“Yes,” I finally say. I meet Mrs. James’s gaze, squaring my shoulders. “Yes, I do think it is rather odd. But there must be an explanation.”
“There is,” Mrs. James answers, and now her voice sounds decidedly cool. She draws herself up, her steely gaze moving between the two of us. “The truth is, Mr. and Mrs. Taylor-Davies,” she says, “I have reason to believe that Josh pushed Ben.” 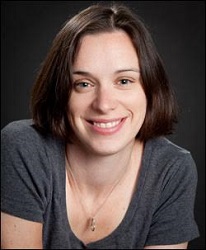 Kate is the USA Today-bsetselling author of over 40 books of women’s fiction and romance. She is the author of the Hartley-by-the-Sea series, set in England’s Lake District and published by Penguin. She is also, under the name Katharine Swartz, the author of the Tales from Goswell books, a series of time-slip novels set in the village of Goswell. Other series include the Emigrants Trilogy, the Amherst Island Trilogy, and the Falling For The Freemans series.