The Writing Life of: Diane B. Saxton

This week on ‘The Writing Life of:‘ I am thrilled to be interviewing author Diane B. Saxton. Diane will be sharing with us detail of her writing life, telling us all about her latest book ‘Peregrine Island‘, which was released on 2nd August 2016, and answering a few fun questions too.

So without further ado I’ll hand you over to Diane 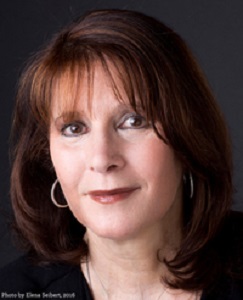 As a journalist for Vanity Fair, Holiday Magazine, and Greenwich Review, Diane Saxton covered everything from torture victims to psychics, animal rights activists to the famous daughter of Hollywood royalty, exotic travel to movie producers. Carrie Fisher, Peter Benchley, Stephen Birmingham, and Ed Sherin were just a few of the personalities she captured using her keen eye and unabashed candor. She brings the same gift for storytelling with illuminating subtext to her first novel, PEREGRINE ISLAND, which explores the mystery behind an heirloom painting and what it reveals about the contradictory relationships within a troubled family.

A new chapter opened up for Saxton after interviewing Amnesty International U.S., founder Hannah Grunwald. Alarmed that the stories of such incredible and influential lives, such as Grunwald’s, could be lost as the Greatest Generation passes, Saxton began capturing their histories. Eventually, she compiled a prodigious biographical collection of 1,000 pages, which became the inspiration for her next novel. This historical, multi-generational story spans half a century of familial conflict between self-fulfillment and altruism.

Saxton is deeply committed to supporting the arts, which in the past has included the Berkshire Theatre, the Mahaiwe Theatre, Barrington Stage, Close Encounters with Music, Community Access to the Arts, Shakespeare & Co., Tanglewood, and today includes the Writing Program at Hunter College and the 150th anniversary of The Mount, the home of Edith Wharton. She divides her time between New York City and the Berkshires, where she lives with her husband, dogs and horses.

I wanted to be a spy!

Without question The Secret Garden by Frances Hodgson Burnett.

After college I worked as a journalist for a number of magazines, including Vanity Fair in London and New York.

I wrote short stories then went on to write two novels, one in print, the next one in print within a year, two max.

By the way, PEREGRINE ISLAND is being made into an audiobook right now; the three narrators are 3 actors from film, theatre, and Shakespeare & Co. Two are well-known. It should be out by March.

No, I never never aim for a certain amount of pages or words. I work and write late at night. When I’m on a roll I can work for 8-10 hr stretches. When I’m not it’s cut in half. I don’t plan; I just write, never knowing what comes out. That’s the fun of it.

I considered writing with initials so that gender wouldn’t be an issue. My agent talked me out of it.

Just the time of day/night that I work. It’s very very quiet at 3 am and I can actually hear my thoughts.

When I started out as a journalist I started in longhand then graduated to a computer.

However I carry a notebook and I constantly take notes.

Well, there’s this book, PEREGRINE ISLAND, and I’ve finished a second novel that I’m editing right now. It’s historical fiction. And of course I’ve written many many articles as a journalist.

I start out with an idea or ideas then wing it. For PEREGRINE ISLAND it was a 19th century painting by Luigi Loir. I was curious as to who the subjects were in the painting, why he chose that scene to paint, etc. And I was inspired by the ocean where I had lived for years. From there the story grew into the book, which included other themes such as “Who really owns art?”

Yes, I try to read all the reviews. I can remember only one really negative review — most have been excellent — that I ignored. Thankfully, I’m quite confident in my work. 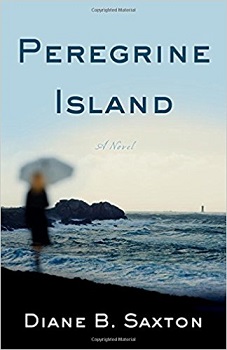 The Peregrine family’s lives are turned upside down one summer when so-called “art experts” appear on the doorstep of their Connecticut island home to appraise a favorite heirloom painting.

When incriminating papers, as well as other paintings, are discovered behind the art work in question, the appraisal turns into a full-fledged investigation. Antagonism mounts between grandmother, mother, and child, who begin to suspect one another, as well as the shady newcomers in their midst, of foul play.

As the summer progresses and the Peregrines discover facts about their past in the course of the investigation, they learn that people―including them―are not always who they appear to be.

With PEREGRINE ISLAND about 3 years.

They just appeared late at night. Seriously. It’s something I have trouble explaining. I once wrote a series on Psychic Phenomena when I interviewed a number psychics. The more involved I got in the pieces the more strange things happened to me — such as dreaming when someone I knew died, the exact time. I pulled away at that point. But I find the same thing in my writing. When I let myself go, I come up with extraordinary subjects.

Winter is an elderly lady who is socially withdrawn and lonely. She has stepped into her imagination to the exclusion of reality and relationships. In this novel we see her wake up. Her daughter, Elsie, was an only child, over-protected by both her mother and father. Tripping off happily to college she learns the pitfalls of life and is disillusioned and close to bitter. In this novel we see her change to become the woman she once was. Her daughter, Peda, is a precocious child who loves life, loves nature. She encompasses all good and positive in life. Lonely, however, we see her grow and come into her own in the novel.

The scenes with the cops and detectives. A means to an end for me, those scenes were a bit annoying at first but necessary and in the end I enjoyed writing them.

I had other more complicated titles. But I thought PEREGRINE ISLAND was the simplest. Also, PEREGRINE incorporates the aura of the book. The island peregrine is a falcon who is a lone alien bird, usually without friends. I thought it incorporated the thrust behind the isolated family on Peregrine Island.

No. I left it for about 6 months then re-read and thought it was very good, good enough to submit. After signing I had a talented copy editor who went through it.

First I had a literary agent who submitted it. Then I took it over and submitted it myself. It was accepted by 3 small publishers. I went with the publisher who I though represented the most intelligent, literary, and interesting novels.

As I mentioned, I’m editing my historical novel, which I’ll then start to submit — with or without a literary agent, I’m not sure right now.

Gone with the Wind (so gloppy romantic) or Gigi (makes you feel good) or Howards End (love the period).

Amazing Grace (because it is).

‘I’m here to tell you that ducks can now talk. How great is that?’

You can find out more about Diane by visiting the website/social media sites below.

I would like to say a big thank you to Diane B. Saxton for sharing with us details of her writing life, and for a wonderful interview.