After the Lie by Kerry Fisher – Cover Reveal

After the Lie by Kerry Fisher – Cover Reveal

Today we welcome author Kerry Fisher with the cover reveal for her upcoming new book ‘After the Lie‘, which will be released on 29th April 2016. This post contains affiliate links. 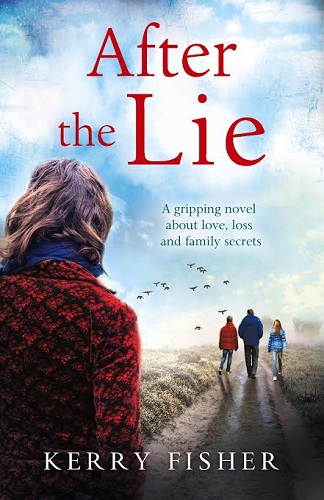 An addictive and gripping read about love, life and living a lie …

One little lie can make one big difference …

Lydia has the ‘right’ kind of friends, her children are at the ‘right’ kind of school and she’s married to the ‘right’ sort of man – kind, steady, reliable Mark. Her wedding business is flourishing and even though she is at loggerheads with her mother, she couldn’t ask for anything more from life.

But the truth is that Lydia has been lucky. She has been living a lie for years and Mark has no idea who he is really married to. But nothing lasts forever and the past has a funny way of catching up with the present.

When the person who knows all of Lydia’s dark little secrets turns up at the school gates, his presence threatens to blow Lydia’s life apart.

What is Lydia’s terrible truth? Once the secret is out, you can’t put it back … 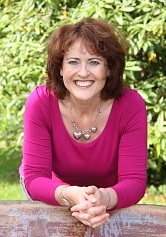 Born in Peterborough, Kerry Fisher studied French and Italian at Bath University, followed by several years working as an English teacher in Corsica and Spain before topping the dizzying heights of holiday rep and grape picker in Tuscany.

She eventually succumbed to ‘getting a proper job’ and returned to England to study Periodical Journalism at City University. After two years working in the features department at Essentials magazine in London, love carried her off to the wilds of the West Pennine moors near Bolton.

She now lives in Surrey with her husband (of whisking off to Bolton fame), two teenagers and a very naughty lab/schnauzer called Poppy.

Kerry can often be seen trailing across the Surrey Hills whistling and waving pieces of chicken while the dog practises her ‘talk to the tail’.

Kerry has spent half her life talking about writing a novel, then several years at Candis magazine reviewing other people’s but it wasn’t until she took some online courses with the UCLA (University of California) that the dream started to morph into reality, culminating in the publishing of ‘The Class Ceiling’.

The Avon imprint of HarperCollins picked it up and retitled it ‘The School Gate Survival Guide’, published summer 2014. Her second book, The Island Escape, came out in May 2015. It won first prize at the York Festival of Writing for the opening line: ‘I was wearing the wrong bra for sitting in a police cell‘.

Best advice ever received: ‘This is fiction, we can skip the boring bits.’ Lynn Hightower, UCLA Writers’ Program.

Have a read of our interview with Kerry – ‘The Writing Life of: Kerry Fisher