Today on the blog we welcome author Rhoda Sermon with her 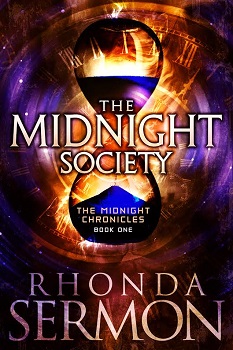 Fifteen year old Cate is seeing things. A ridiculously charismatic boy just appeared out of thin air, disarmed a bomb at a busy bus stop and then vanished again. Everyone around her was oblivious because they were frozen like statues the entire time.

Cate has stumbled into an invisible war in a realm filled with dark magic and time travel. She is now being stalked by not one, but two dangerous wizards.

When her brother disappears, a terrified Cate is forced into the brutal world where she must risk her life to search for him. There she is faced with the most unimaginable decision.

She dragged her hands down her face. Reluctantly, she admitted it was impossible to ignore all the weird things that had happened since Sunday at the bus stop. The damage was done. Her world had changed. What if she was going to make terrible decisions or become a horrible person? This was her chance to find out and maybe change that if she wanted to. “So Timesurfers control history?”
“We don’t control history, we protect it,” Naitanui said.
“Isn’t that the same?” Cate asked.
A sad smile spread across Naitanui’s face. “The two could not be more different. To protect requires difficult decisions. Ours is a world of black and white.”
Cate rubbed her eyes with the back of her hand. “What does that mean in plain English?”
“The world wars, bubonic plague, the sinking of the Titanic—are all disasters that could be avoided in an alternate history. If Mortez seeks to remedy these types of events, our job is to ensure history runs its course as intended. We do what it takes to ensure these tragedies unfold.”
“You stand by and let people die?” A sprinkling of doubt floated through Cate’s head. How could letting people die be acceptable for any reason? 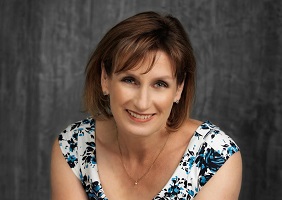 Rhonda was born and raised in a small country town in Western Australia surrounded by the most beautiful beaches in the world, although sadly the weather provided more rainy days than sunny.

After high school she headed to the city and after four years studying at University, which was completely free back then, she studied a little more and set off with her Chartered Accountant Certificate under her arm to travel the world doing all things financial, which she found fun and interesting. Please don’t hold that against her. To this day she remains pretty much all travelled out, which many people find incomprehensible.

One evening, shortly after the arrival of her second child she announced to her very understanding and supportive husband, her decision to swap spreadsheets and numbers for chapters and prose. This was followed by the bold and impossibly naive statement she was going to write a book. And just like that she was hooked.

At an age well over 21 she found something she was passionate about and truly loved. That first novel still sits on her computer – cringe worthy to the trained eye, but a reminder of not only how far she has come, but also to never be afraid to try something new.

Working from home can be very distracting, with the television, free WiFi, two very entertaining ragdoll cats and a multitude of things to clean and organize. That is Rhonda’s excuse for writing in coffee shops. When she isn’t writing, her time is spent playing taxi to her children, making school lunches and planning what to cook for dinner. An unfortunate accident in her first Tae Kwon Do class which resulted in six weeks immobile in plaster, followed by six months of rehabilitation now has her committed to watching her children in their Tae Kwon Do classes to research new fight moves for her characters.

On the good days, she adores writing, on the challenging days, it’s still awesome.

Her debut novel The Midnight Society was a finalist in the Young Adult category and overall runner up in The Strongest Start 2012 Contest hosted by TheNextBigWriter.com.

Rhonda now lives in Perth, Western Australia with her husband and two children. Her two ragdoll cats can often be found helpfully walking over her keyboard, chasing her mouse or generally complaining loudly about the lack of priority their needs are given.