Let There Be Linda by Rich Leder – Book Promo

Let There Be Linda by Rich Leder – Book Promo

Today on the blog we welcome author Rich Leder with his Promotional Post for his new book, ‘Let There be Linda’. You can also find an excerpt and an interview with the author below. 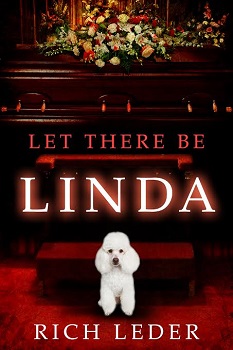 Leder’s black comic caper tells the tall tale of estranged brothers Mike and Dan Miller—accountant and con-man talent agent respectively—up to their necks in the virtual quicksand of LA’s San Fernando Valley during the hottest summer in Southern California history.

The root cause of their problems could be the missing seventy-five thousand dollars, or the sadistic, loan shark dwarf and his vicious giant, or the psycho comedian cop on the case, or the coke-snorting dentist, or the deranged zombie real estate developer. Or perhaps it’s the poodle—the poodle is suspect, no doubt. Or maybe it’s the grocery store checker who breathes life into death. Oh yes, it could be her too.

And so to repair the head-on collision the Millers have made of their personal and professional lives, the brothers summon their mother back from the dead to clean up the wreckage. But what the Miller men discover is that screwing with the laws of nature is forever and always a violent, bloody, hysterical, and hilarious idea.

Why did you make the transition from screenwriting to novel writing?

Budget is a non-issue with a novel but a big concern with a movie. Sheer number of characters can be problematic in a script but not in a book (so long as the characters are meaningfully created). Number of locations, page count, and other considerations a movie must make are non-existent in the world of a novel.

I wanted to experience writing without regimentation.

Describe Let There Be Linda in two words.

Where did Let There Be Linda come from? Who and what were the inspirations?

Left field? Shadows in the wood? Breeze in the meadow? Dark side of the moon? I have no real idea where LINDA came from. It was, I suppose, that indescribable moment of creative human magic. But I know who inspired the spirit of the thing: Monty Python and Quentin Tarantino.

What type of readers would love this book?

Are you done writing films? If so, what does the future hold for Rich Leder and Laugh Riot Press?

It feels like I’m done writing screenplays on spec. If I’m hired to write, then I’ll write one. But if I’m just going to sit down and write a story, I’m going to write a novel from this point in my life onward. That’s what it feels like.

Why should people read your books?

What do you want readers to know about you before they start reading you?

I love to write, and I love to make readers laugh. I love to tell fantastic stories—hilarious mysteries and dark comic thrillers—and I care enough about my characters to make them real people readers will fall for.

Excerpt – Let There Be Linda

“I’m Danny Miller,” he said, taking the chair next to her, “President of Miller Talent Agency.” There was a bamboo reception desk, a wicker loveseat, the two chairs, the big mirror, and a fan that made a dying animal noise. There was no receptionist.
She was sitting, but Danny thought she might be five foot five or so. She had straight-as-string brown hair that was pulled back in a tight ponytail. Her skin was smooth and clear and white, as if she never went out into the Southern California sunshine. She wore zero makeup. No gloss, no eye shadow, no blush. She wore thick black glasses. She was thin, he thought, but he couldn’t really tell what was happening under her blousy blue shirt and gray Catholic-school skirt. She wore knee socks and sensible shoes. She had brown eyes that made him think of coffee. She was younger than him, late twenties. She wasn’t wearing a wedding ring. She was unadorned in every regard. It was as if she were trying not to be here—or anywhere—trying to be unnoticed by any and all. There was no guessing what kind of talent she thought she had.
“I’m Jenny Stone,” she said in soft voice void of confidence, a voice that in and of itself was trying to be unnoticed. “What do you do, Jenny Stone?” Danny said, putting his hand out.
She shook his hand and said, “I bring dead people back to life.” 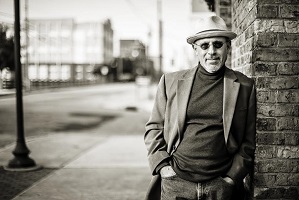 Rich Leder has been a working writer for more than two decades. His screen credits include 18 produced television films for CBS, Lifetime, and Hallmark and feature films for Paramount Pictures, Tri-Star Pictures, and Left Bank Films.

He founded Laugh Riot Press as an imprint for his funny books and the funny books of other indie authors.

He has been the lead singer in a Detroit rock band, a restaurateur, a Little League coach, an indie film director, a literacy tutor, a magazine editor, a screenwriting coach, a PTA board member, a commercial real estate agent, and a visiting artist for the University of North Carolina Wilmington Film Studies Department, among other things, all of which, it turns out, was grist for the mill.

He resides on the North Carolina coast with his awesome wife, Lulu, and is sustained by the visits home of their three children.