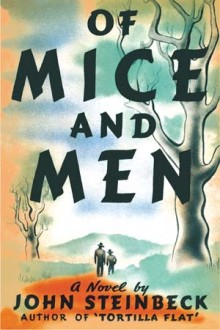 The Dog Ate It!

‘Of Mice and Men’ written by the author John Steinbeck, was nearly called ‘Something that Happened’, which may have been a fitting name due to what actually happened to the manuscript for his book.

Back in 1936, John bought a new ‘setter’ puppy which he named Toby.

One evening he left Toby alone. The puppy was obviously feeling a little bit peckish as he decided that the manuscript for ‘Of Mice and Men’, which John was around half way through, looked quite tasty and decided to eat it.

John took it all in his stride though. He wrote to his literary agent, Elizabeth Otis to tell her what had happened. 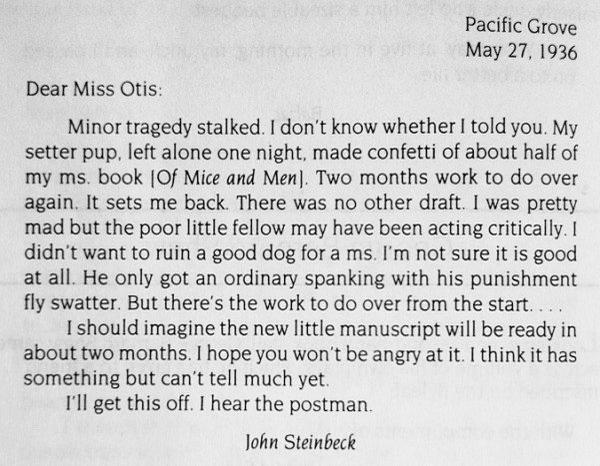 Later he wrote to his friend Louis Paul, “I have promoted Toby-dog to be lieutenant-colonel in charge of literature.”