Kid – A History of The Future

London. The year 2078. Like all other major cities, London is a silent wasteland, abandoned and crumbling, populated only by the renegade ‘Offliner’ movement, the lawless ‘Seekers’ and other minorities that rejected The Upload in 2060. As a result, these rebels live off the grid and in abject poverty, taking shelter in makeshift shantytowns and hideouts. The Offliners have made the disused Piccadilly Circus Tube station their home: a fully self-sufficient, subterranean community of about 500 people, known as the ‘Cell’.

In 2060, following a series of deadly pandemics, devastating environmental disasters and a violent surge in cyber terrorism, the UN made it compulsory for every tax paying citizen in all of its 193 united nations to login to the Perspecta Universe: a virtual reality universe provided by the tech giant Gnosys Inc. So began a period of history known as The Upload. Totally safe, pollution free, environmentally friendly: what was an alternative reality at first has become the only reality. Now, in 2078, billions of people all around the world exist in dedicated Hab-Belts – massive dormitory complexes surrounding the major cities – unconscious of the world around them: living, working, loving, learning, inside the Perspecta Universe.

KID – A History of The Future follows Josh ‘Kid’ Jones, a young Offliner who discovers that an antiquated piece of technology called an ‘iPhone’, left to him by his father, seemingly allows him to communicate with the past through social media. He strikes up a friendship with Isabel Parry, a 16 year old in 2021, and the two begin communicating through time and space via Instagram. In doing so they are not only changing their own fate, but also the fate of the rest of the world.

Eighteen-year-old Joshua ‘Kid’ Jones is living in the year 2078. The world having been destroyed by numerous pandemics, climate change, dirty bombs, and floods is polluted and you need special tablets to go outdoors to stop you inhaling the polluted air. He is also an Offliner living in Piccadilly Circus Tube station with his cell of other Offliners, including his best friends Pas and Eliza.

Most of the world now lives a virtual life in a place called Perspecta run by tech company Gnosys Inc so that they can have all the comfort and joy of living in a beautiful world but only virtually. The Offliner’s choose not to be ‘plugged in’ and live technology-free. They are hated by the tech company that wants to eliminate them all.

After a conversation with his Godmother about him changing the past, Kid goes searching for what she means and finds an old iPhone 11 that he had forgotten his father had given to him. It is with this phone and using Instagram that he first makes contact with Isabel Parry who is in 2021. After some persuasion and evidence, she believes that Kid is from the future.

If he is to change the world as it is now, Kid needs Isabel’s help in 2021, the year Gnosys Inc start trading to help him. But he also finds out some interesting and vital information about his father who disappeared when he was a child that may just help their plight too.

What can I say? Kid is such an astounding time traveling journey. It reminded me a little of The Matrix with people being plugged into a virtual world but with a far easier-to-understand plot!!

As well as being a fascinating, unique, and engaging adventure set in a world where Mother Nature has fought back after years of abuse, it is also a dystopian novel that opens your eyes to the destruction that we are causing now to the planet. It certainly makes you stop and think.

I love the sci-fi elements of the book which were not too scientific that they lost me. I also loved the way Sebastian has taken his readers on a complete journey, starting with the main character and then through short chapters introduced us to different elements of the story and the people before reaching the pinnacle moment of Kid and Isabel meeting and their stories in both 2021 and 2078.

I was a little unsure how I felt about the size of the book given that it has 600+ pages and it was also the first in a trilogy, however, I flew through it and didn’t want to put it down. There are also pages of DM messages between Kid and Isabel to take into consideration too which take up quite a few pages.

This is a book that I can see making big waves in the Young Adult market. I can also imagine some big film company snapping this up for a movie or series as that is how it felt reading it, it was as if I was watching the action play out rather than reading it. It truly is a breathtaking book written by a debut novelist and I now can’t wait for book two. Bring it on!!

Sebastian de Souza is an actor, producer, screenwriter and musician. Sebastian can currently be seen on Channel 4, playing the leading role of Leo in the Hulu Original series The Great, opposite Elle Fanning and Nicholas Hoult, written by Oscar-nominated and BAFTA award-winning writer Tony MacNamara (The Favourite). Previous roles include Gareth in the BBC/Hulu adaptation of Sally Rooney’s best-selling novel Normal People directed by Oscar-nominated Lenny Abrahamson (Room); in Netflix’s Medici, playing the iconic painter Sandro Botticelli; Alfonso d’Aragona in Showtime’s Emmy award-winning The Borgias, opposite Jeremy Irons and Holliday Grainger; and in the multiple BAFTA award-winning Skins, as lead Matty Levan.

Sebastian has also played the lead role of Rafa in Paramount Pictures’ Brit-Crime thriller Plastic, opposite Will Poulter and Alfie Allen, and can currently be seen on Netflix playing Edmund in Ophelia opposite Naomi Watts, Daisy Ridley and Clive Owen.

As a writer, at the age of 20 Sebastian wrote the feature film Kids In Love, which he also starred in opposite Will Poulter and Cara Delevingne. The film was produced by Ealing Studios, the oldest and most prestigious studio in the UK. He wrote and directed the short ‘Evelyne’s World’, starring Evelyne Brochu at Korda Studios in Budapest. His debut YA novel KID: A History of the Future is published by Offliner Press in Spring 2021. 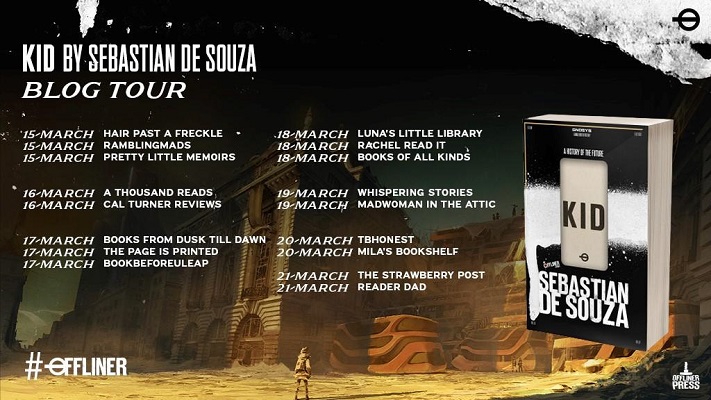