The Pied Piper of Hamelin by Michael Morpurgo – Book Review

The Pied Piper of Hamelin by Michael Morpurgo – Book Review

In the town of Hamelin, the rich and greedy live like kings and queens while the poor and sick scavenge rubbish tips for scraps. A lame orphan boy tells the classic tale of how a plague of rats takes over the town and how a fantastic piper offers to rid Hamelin of its rats for a single gold coin, then lures away the town’s children when the greedy mayor breaks his word.

Masterfully weaving contemporary social and environmental themes into a gripping tale, and celebrating it with breath-taking illustrations, former British Children’s Laureate Michael Morpurgo and illustrator Emma Chichester Clark team up to create a compelling new take on this timeless story.

Over the years, the story has been told by many, including the Brothers Grimm. This is Michael Morpurgo’s take on the classic tale, with a few twists to the original story, and a more happier ending.

The tale is told from the point of view of the little injured boy from the original story. It starts with the background on the boy, and how he came to be injured, then to his take on what happened with the Pied Piper in the village.

The book is engaging and shows children that even in today’s society, not everything is fair, and not everyone is kind.

The plentiful illustrations throughout the book really bring the story to life. From rats running around the page, to full double page pictures, artist Emma Chichester Clark has really shown us how beautiful her artwork is.

The Pied Piper of Hamelin is a wonderful old-fashioned children’s story, brought right up to date, so that today’s children will love it just as much as previous generations. 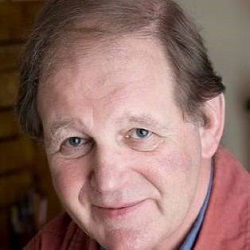