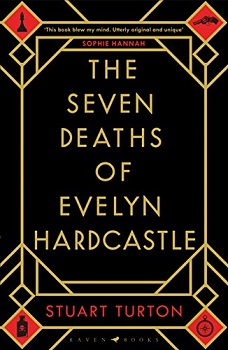 The Seven Deaths of Evelyn Hardcastle

‘Somebody’s going to be murdered at the ball tonight. It won’t appear to be a murder and so the murderer won’t be caught. Rectify that injustice and I’ll show you the way out.’

It is meant to be a celebration but it ends in tragedy. As fireworks explode overhead, Evelyn Hardcastle, the young and beautiful daughter of the house, is killed. But Evelyn will not die just once. Until Aiden – one of the guests summoned to Blackheath for the party – can solve her murder, the day will repeat itself, over and over again. Every time ending with the fateful pistol shot.

The only way to break this cycle is to identify the killer. But each time the day begins again, Aiden wakes in the body of a different guest. And someone is determined to prevent him ever escaping Blackheath..

Aiden Bishop awakes to find himself, or rather the body of someone else, in a forest and hears himself shouting the name Anna, although he doesn’t know who Anna is. He knows that he isn’t in his own body, but he can’t remember who he really is. He then hears a woman’s voice shouting for help, the echo of a gunshot and a woman dead on the floor. A man appears and tells him to go east and drops a silver compass into his pocket.

Heading east he soon arrives at a big house, Blackheath. He gets a shock though when the residents know who he is, Sebastian Bell the local doctor. He is taken upstairs to his room where the occupants quickly realise he has lost his mind, hopefully temporary. He tries to get them to call the police about the murder, but instead they tell him they will send out a search party to see if they can find the woman, but no woman is ever found.

A man dressed as a medieval plague doctor appears before him. He tells Aiden to enjoy himself at Blackheath as the ‘footman’ will find him soon. It transpires that there will be a party at Blackheath, one where Evelyn Hardcastle will be shot and killed. It is up to Aiden to solve the murder, once he has done, he can return to his own life.

It also transpires that at midnight each night he will become a different guest, the day will start again and Evelyn will be shot again, He has seven days to find the murderer. There are also other guests in the house who are not themselves, but Aiden doesn’t know which ones. Each of them has been set the same task and only one of them will get their old life back – the one who finds the murderer. That is as long as the footman doesn’t work out who they are and kill them first.

The race is on for Aiden to be the first to find the killer, so he can be released from Blackheath and back to himself again. A question still remains though, who is Anna?

The Seven Deaths of Evelyn Hardcastle is a gripping and intense novel. It demands your full attention as there is a lot of information to take in and quite a few people to remember (there is a list of the characters at the start so you can keep track). It is not a book you can pick up, read a few pages and put down again, but it is so worth it.

It opens with a bang and then the storyline slows down as nothing much happens apart from Aiden trying to work out who he is. It takes a while for it to get into the actual plot regarding the murder of Evelyn, but once it does, this is where the story picks up tenfold, and the part where I became glued to the pages.

It is in essence an old fashioned ‘who-done-it’, but written in a modern way, whilst the plot is definitely not set in the modern day. It is a mixture of genres, all rolled into one, Crime, Sci-fi, Drama, Action, Adventure, Mystery, Psychological, Thriller, and of course a Detective novel, without a trained detective. A complete mix that works seamlessly together.

It is filled to the brim with red herrings, twist and turns, and a plot that you are never sure where Mr. Turton is going to take you. This is a puzzle that you will be eager to solve, so make yourself comfy this is going to be one hell of a journey! 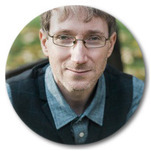 Stuart is the author of a high-concept crime novel and lives in London with his amazing wife, and drinks lots of tea. ​When he left university he went travelling for three months and stayed away for five years. Every time his parents asked when he’d be back he told them next week, and meant it.

Stuart is not to be trusted. In the nicest possible way.

He’s got a degree in English and Philosophy, which makes him excellent at arguing and terrible at choosing degrees. Having trained for no particular career, he has dabbled in most of them. He stocked shelves in a Darwin bookshop, taught English in Shanghai, worked for a technology magazine in London, wrote travel articles in Dubai, and now he’s a freelance journalist. None of this was planned, he just kept getting lost on his way to other places.

He likes a chat. He likes books. He likes people who write books and people who read books. He doesn’t know how to write a biography, so should probably stop before we start talking about his dreams or something. It was lovely to meet you, though.