Shadows Over the Spanish Sun by Caroline Montague – Book Review

Shadows Over the Spanish Sun by Caroline Montague – Book Review 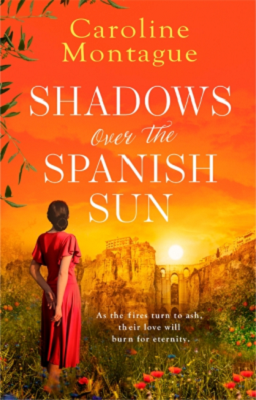 Shadows Over the Spanish Sun

A country in the shadow of war. A love that burns through the decades…

Mia Ferris’s heart has always belonged in Spain. Every childhood summer was spent at her grandfather’s hacienda, riding together amongst the olive trees or listening to his stories of the past. So when she learns that he has fallen from his horse, she knows that she belongs by his bedside – even if it means leaving behind her life in London, and her new fiancé.

But as Leonardo fights for his life, and Mia to save the family home from financial ruin, secrets begin to emerge that tell a different story of the past – a terrible history that begins with a boy running for his life over the Andalusian hills, and ends with a forbidden love that only war can destroy…

As Mia untangles the passions and betrayals of the past, everything she thought she knew is turned upside down. Can she heal the wounds of the past, and face the truth of her own heart?

A sweeping novel of passionate love, betrayal and redemption, set against the turmoil and tragedy of the Spanish Civil War.

Shadows Over the Spanish Sun is a glorious atmospheric read set over different time periods, 1923-1938 and 2000, and into seven parts. April 2000 Mia receives devastating news that her Grandpa Leonardo has come off his horse and is in a coma in hospital. She travels to his bedside in Andalucía Spain with her mother, step-father, and step-sister Poppy.

She adores her Grandpa and his hacienda where you can smell the fruits and see the beautiful landscape. She spent many times as a child staying with her Grandparents and loves being back at the estate, although not in these circumstances. Whilst the others need to return home, Mia stays on to run her Grandpa’s estate and stop it from financial ruin. She quickly discovers though that there is a lot she doesn’t know about her Grandpa’s past and sets out to learn more.

What I first noticed about Shadows Over the Spanish Sun was how likeable and compelling the characters were. I wanted to learn more, to discover their secrets, to read about their lives. Author Caroline Montague’s writing had me transported to Spain in 2000 and also before and during the Spanish Civil War, an event that I don’t ever remember reading about, and one I won’t forget as it was such a bitter, hard war and the innocents, as usual, were the ones to suffer.

I was sucked into the lives of the characters and felt every emotion that they did. It is a heart-wrenching tale at times and uplifting at others. It captured my heart and had me turning the pages frantically wanting to know more. As well as discovering about the past, in the present (well 2000), Mia is having to deal with an inner turmoil of her own, separate from that of her sick grandpa. she is supposed to be getting married but could she be seeing for the first time her fiancé in a different light. She also has just quit her job as a journalist.

This is a powerful read, one that will stay with me for a long time. It has been written with such love and care which comes across strongly. Quite simply this is a beautiful dual timeline book and I adored it.

From early childhood a poem, executed by my own hand was a compulsory requirement for my father’s birthday. To the reluctant five year old this was considered a trial, but by the age of seven writing poetry had become my passion. At ten I won my first national poetry competition and from that moment I dreamt of being a writer.

This particular dream took rather longer than I had hoped because reading law, marriage at nineteen, children, a career as an interior designer – something always got in the way. When I moved with my second husband, three children and four step children to Burnt Norton twenty years ago, and I happened upon the empty pools made famous by TS Eliot in the first of his Four Quartets, I knew that one day the dream would become a reality.

In 2018 after first writing a historical novel set at Burnt Norton I changed agents to William Morris Endeavour and it was here that I felt truly at home. Within a fairly short time, Matilda Forbes Watson had procured a two book deal with Orion for ‘An Italian Affair’ and ‘A Paris Secret’. She recently procured a further two book deal for a novel set in Spain during the Spanish Civil War and a novel set in Greece. 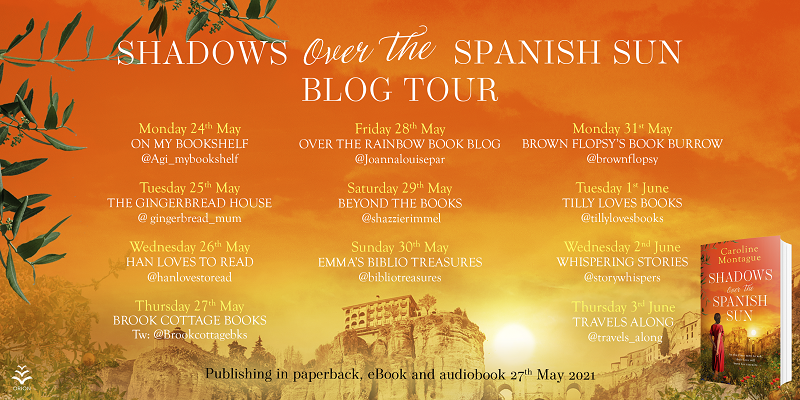 What did you think of ‘Shadows Over the Spanish Sun’? Share your thoughts in the comment section below!