This week on ‘The Writing Life of:‘ I am thrilled to be interviewing author J W Coleman. He will be sharing with us detail of his writing life, telling us all about his latest book ‘A Question Of Loyalty‘, which was released on 14th March 2015 and answering a few fun questions too.

So without further ado I’ll hand you over to J W Coleman. 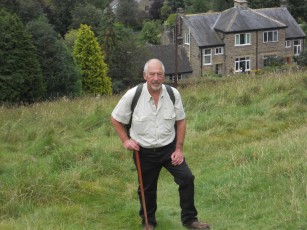 John W Coleman grew up on the edge of Dartmoor with a taste for adventure. Widely travelled, he served as a soldier and worked for various organisations in the Middle East.

Subsequently, he lived in London, forging a career in a TV News Agency until retiring to the Norfolk countryside with his wife several years ago. His interests include walking, writing and photography.

I’ve always been a day dreamer and wanted to tell stories, but until recently I never had the skills to put the words down onto paper in a way that people would find interesting. Then about four years ago I had some spare time and attended a weekly Creative Writing group, run by the crime writer Kelvin Jones, that’s how it began.

Around the same time I wrote a short story called The Island of Music, a mystery set on the Chinese island of Gulangyu, where I had the privilege to spend some time in the early 90’s. The story was published in a book called Norfolk Tales, An Anthology of Short Stories by New Norfolk Writers.

I followed up my initial creating writing course by going to the Shropshire Hills, staying in an old rambling house, called The Hurst, belonging to the Arvon Foundation, where the playwright, John Osborne once lived.

For one week, thirteen other students and I were locked away with no mobile telephone or Wi-Fi signal. We studied and played from dawn to nightfall, taught and inspired by writers like Chika Unigwe and Patrick Neate.

In the evenings we took turns at cooking meals for the group, and drank far too many bottles of wine! I left having made a few friends and an urgency, not only to write, but to complete something more than just a short story.

I have to say Robert Louis Stevenson, not necessarily that he inspired me to write, more that he set me on a particular path in life, once I’d read "Treasure Island" then I knew I was going to turn my life into an adventure. (Just like Jamie! The character from my children’s book, "Searching for Treasure Island")

As regards inspiring me to write, no one author in particular, although I should mention Graham Greene, George Orwell, Tom Clancy and John Grisham are all favourites of mine.

Mostly though I tend to read authors who publish books in the genre I want to write about.

I find it difficult sitting down to write when there are chores to be done. So it’s usually in the afternoon when I settle for an hour or two. 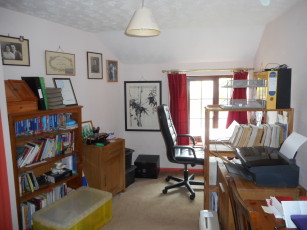 Computer, I find the words just flow out. I can’t imagine having to write longhand, and, honestly, when was the last time you saw a typewriter?

Mike Agnelli, the hero of my first two novellas, "The Man from Radio Moscow" and "The Hunt for Wolfgang Keller".

Agnelli’s a Cold War Warrior, the James Bond of the real world, where men suffer deprivation in extreme climates, like the desolate Harz mountain range, spying on, and infiltrating, the Warsaw Pact borders, or the mid-summer heat on the arid quartz and gravel plain of the Iraqi and Saudi Arabian border area where the routine is slow and monotonous but the weather is always the wild card.

7) Do you plot your books completely beforehand or do you let your imagination flow whilst in the writing process.

My first two eBooks mentioned above were plotted beforehand. I knew exactly where I wanted to be at the end of each story.

Research was difficult though, "The Man from Radio Moscow" was inspired by President Carter’s failed rescue attempt of American hostages from the U.S. Embassy in Tehran in 1980, whilst "The Hunt for Wolfgang Keller" was inspired by some of my own experiences in the frozen Harz Mountains of a divided Germany in 1969 at the height of the Cold War. Where my own memory failed, it was difficult and time consuming to do the research. 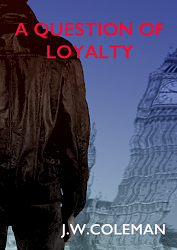 Meet Harry Carter, private investigator, whom no-one expects to play by the rules.

When a Conservative Home Office minister, serving on a select committee for National Security Strategy, is suspected of assaulting an under age Moldovan girl in a Norfolk brothel, Harry is the ideal person to solve the problem quickly and quietly.

Then the Albanian mafia decide to lend the beleaguered politician a hand and London quickly descends into anarchy, with Harry expected to be the judge, jury and executioner as well.

Very quickly, from beginning to end it was probably only four months!

This was my first book where I allowed my imagination to run free. Once I had created the characters I wanted the story to evolve on a day by day basis in conjunction with daily life here, in the UK.

I wanted the story, which involved a corrupt politician being blackmailed by Albanian gangsters to take place during the Scottish Independence referendum. So when I sat down to write each day I had a head start by knowing what the weather was like and all the headline news. There was little in the way of research to do. Of course, I had to be more disciplined, but it worked.

No, I simply take the dog for a long walk in the woods, go inside the minds of my characters and by the time I get home, I’ve sorted out the problem of how my character is going to overcome an obstacle.

The Internet is a wonderful tool; I like Italian names, so I chose Spike Sposito. Whilst Spike is a nickname I’ve always wanted to use, in this instance the character got his nickname when he was on a Royal Marine training course, during a live fire exercise. His helmet came loose, and his mates swore blind that his hair was standing on end.

I’m going to cheat a bit here. Harry Carter (the main protagonist) has the presence of Robert Mitchum and the underlying threat of violence that emanates from Ray Winstone; whilst Spike (his sidekick) has the looks and cheekiness of Robert Redford, along with the flair of Antonio Banderas.

I’m lucky to have a sister who also edits books in her spare time. So I always send my work to her for her final approval – there are always plenty of red pen markings on my writing when it’s returned.

As for publishers, I’m quite impatient, so I chose to take the self-publishing route. Once the story is edited, I find someone to illustrate my cover and upload myself onto the Amazon Kindle store.

You can find out more about J W Coleman by visiting the social media sites below.

I would like to say a big thank you to J W Coleman for sharing with us details of his writing life, and for a wonderful interview.