The Writing Life of: Phil Kurthausen

This week on ‘The Writing Life of:‘ I am thrilled to be interviewing author Phil Kurthausen.

Phil Kurthausen was brought up in Merseyside where he dreamt of being a novelist but ended up working as a lawyer. He has travelled the world working as a flower salesman, a light bulb repair technician and, though scared of heights, painting the Sydney Harbour Bridge. Ken Dodd once put him in a headlock for being annoying.

He has had work broadcast on BBC radio 4 extra, published some short stories and his novel ‘The Killing Pool’ won the Thriller Round in the Harper Collins People’s Novelist Competition broadcast on ITV in November 2011 and appeared in the final. It was later shortlisted for the Dundee International Literary Prize in 2012. He lives in Chester.

Jackanory. The Hobbit. 4.45 pm sometime in the late 70’s, early 80’s. I think it was Bernard Cribbins narrating and I remember having this thought that a man wrote this, created these worlds and I thought that must be the best job in the world.

I didn’t which was a mistake. I went into the law and travelled. Both useful and great for material but I never stopped writing I just thought it was for me.

Anyone who can make me turn a page. Stephen King for ‘what happens next?’, Dostoevesky and Kafka for making me realise ‘literature’ was populist and David Mitchell and Joseph Heller for sheer leaping imaginative genius.

I squeeze my writing in around a day job so I have to set a word limit and then find the time in between work, trips to the Opera (well ‘the Aldi’ for cat litter but less romantic hey) and the curse of all writers, the BOX SET time hole. I try for 1000 words a day.

Yes, a hangover from my school days I have to listen to the Radio. It used to be John Peel now it’s anything on 6 Music.

Computer. It’s easier save for the internet which I still haven’t finished reading though judging by the time spent on it I can’t be far off.

Erasmus Jones. There’s a lot of me in him plus added skills I wish I had such as the ability to drink a bottle of Yamikazi without getting a hangover and kick ass fighting ability.

I have an outline and a world I want to fill. Every time I hit 35000 words I find the story has gone off piste without permission so I usually have to have a plot course correction. 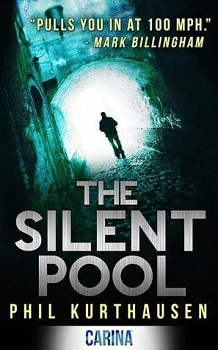 How long can the past be kept secret?

It is a time of austerity. Financial cuts are biting hard and the once great City of Liverpool finds itself now almost bankrupt. At the eleventh hour funding is found in the form of enigmatic billionaire Kirk Bovind, a religious zealot, determined to change the moral and religious fibre of his old hometown and bringing salvation to the streets.

So when a man disappears without trace solitary lawyer, Erasmus Jones, agrees to track down missing Stephen, but quickly discovers that this is more than just a missing person case. Men are being brutally murdered across the city and Erasmus suspects the deaths are all linked.

As the search for Stephen grows and the ripples from the past begin to spread Erasmus has to ask himself whether Bovind could be behind the killings or if someone is trying to frame him and weaken the strangle hold he has over the city?

Who will be the next to die…?

12 months. I wrote the first 3 chapters and entered into a competition my Nan had told me about. It was a Pop Idol style contest on the Alan Titchmarsh show. My work won the Thriller competition thanks to Mark Billingham’s deciding vote so I had to write the rest of the novel pretty quickly.

Oh Yes. I overcome it by watching the recording of my TV appearances where I mentioned the rest of the novel which was unfinished.

Erasmus Jones is a rational, secular man of action who fins himself set against a fundamental religious billionaire. Naming after one of the world’s great humanists (‘Eramsus of Rotterdam) seemed like a good idea and Erasmus is a cool name.

He is a truculent, misanthropic drunk who suffers with PTSD. It’s not all laughs though. He can’t stand injustice and won’t stop looking even if what he finds could risk everything he loves.

I wanted my Nan to read it but unfortunately she died before it was finished. So, it was my friend Pete (who also appears in the novel) who gave it a first pass.

I would like to say a big thank you to Phil Kurthausen for sharing with us details of her writing life, and for a wonderful interview.