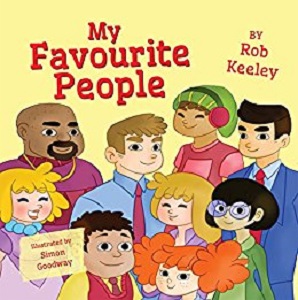 My favourite people are…

all in this book. And I’m going to tell you all about them. You can meet my Auntie Meg and Uncle Steve, my best friend Alice, my favourite footballer and the band that’s going to save the world. Then I’ll tell you about a brilliant idea I’ve had…

Following his success as a writer of novels and short stories for older children – including the ongoing Spirits series, listed for the Bath Children’s Novel and Independent Author Book Awards – Rob Keeley makes his picture book debut with My Favourite People, a fun illustrated journey through childhood and the friends and family who make it possible.

It’s an amusing and insightful look at the world around its central character, an excellent read-aloud or read-alone. It encourages young people to look at relationships and recognise their importance. It will appeal to girls and boys of lower primary age – and to parents and teachers reading the book aloud.

Author Rob Keeley has written a young children’s picture book about a little boys favourite people. Starting with the child’s Aunt Meg and Uncle Steve, he then moves on to footballer Leroy and best friend Alice, plus many more characters. The Little boy explains why each of the people are his favourite.

The story is very short at only 16 pages long. The perfect length for pre-schoolers, or those just learning to read. Each page is beautifully illustrated with bright, colourful drawings that complement the book and are eye-catching.

At the back of the book, Rob has written four pages of suggested activities to accompany each page. These activities are all manageable whether at home or for a teacher to do with his/her class.

The whole concept of the book has been well thought out and written with engagement in mind. It is a lovely book and Rob can certainly be proud of his first ever children’s picture book. It looks to me like the little boy has lots of wonderful people around him. 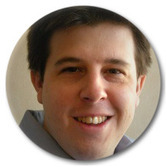