If I Fall by Ella Harper – Book Promo

If I Fall by Ella Harper – Book Promo

AD – Today we welcome author Ella Harper with her Promotional Post for her new book, If I Fall which was released on, 22nd January 2018. Keep scrolling down to read an excerpt too. 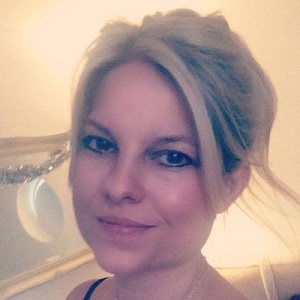 Ella Harper learned foreign languages, and imagined she might eventually get a glamorous job speaking French. After climbing her way up the banking ladder, Ella started idly mapping out the beginnings of a novel on an old laptop.

When she realised her characters were more real to her than dividends and corporate actions ever could be, she left her job to become a writer. 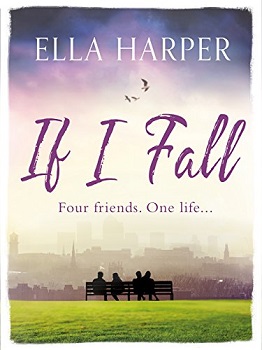 I’m really sorry for what I’m about to do…

It’s fifteen years since graduation, and Connie, Jonas, JJ and Layla have managed to remain close despite the odds. They’ve supported each other, but are some things too big for friendship?

Connie is desperate to maintain the veneer of perfect family life.

Jonas is feeling the pressure at work.

Layla’s career is unravelling thanks to her ill mother.

JJ’s past is catching up with him.

When they stumble and fall, who will be there to catch them?

A truly powerful and unforgettable story of love, friendship, and real life, If I Fall is perfect for readers of Alice Peterson, Amanda Prowse and Lianne Moriarty.

Connie frowned at her laptop. Her piece on ‘Camping With Kids’ was almost finished, but maybe it needed an edge. Could there be an edge to an article about children and tents? Connie was buggered if she knew.

She sighed, annoyed at herself. An edge. That was such a hangover from her days at the Daily Report. Every story had needed an edge, an angle. A controversial angle, naturally. There had never just been a factual piece to write. There had to be light and shade and… an edge. Something bittersweet. A fresh, provocative thought about an already visited topic.
But that was then and this was now, Connie reasoned. That had been back in her journalism days. When she had spent every day on tenterhooks, buzzing with excitement about whether or not she could meet her deadlines. About whether or not her piece was ballsy enough, original enough. Most of the time, her pieces were all of the above. Occasionally, they fell short, but not often. Her piece about the place of women in politics (and please stop talking about their bloody clothes, for God’s sake) had gained critical acclaim.

It had been a cut-throat job, Connie mused, as she admired the colourful, modern graphics of her website. But she had loved it. And luckily, Jonas had still been training then, so childcare hadn’t been an issue. Her job at Style Trends magazine had been different, but just as challenging in some ways.

Connie stared past her laptop. She had been editor-in-chief at the end of her time there and it had been great fun. The magazine had been a mish-mash of high-end-but-affordable fashion (which, as any woman knew, was pretty hard to achieve at the best of times), heavy commentary and a good dollop of fluff. This blog wasn’t quite the same thing, of course. Writing about those quick-and-easy recipes fit for the freezer that most women needed and parenting tips and family holidays wasn’t exactly cutting-edge. It was fun and funny and it had been surprisingly well received, but still.

Connie made an impatient sound. What was she moaning about? Her blog kept her going, gave her purpose. She could be around for the girls and work from home and…
Connie stood up and walked away from her desk until she was at the open patio doors. She had a lot to be grateful for, essentially. Even just… this garden, she mused. Not yet in full bloom, as it was January so everything was rather barren. But it was large – for London, at least – and artfully wild and untamed, with a riot of colourful flowers at the right time of the year and lots of hidden corners with rickety but charming love seats and the odd, rather dilapidated, fairy garden. A small wood at the back Connie would often sneak to for a secret fag if she was feeling stressed out, or momentarily reckless.

Connie knew she shouldn’t ever really complain about her life. The house was messy but lovely, she and Jonas had two beautiful children and the two of them were happy together. Very happy. Fifteen years they had been together now; since they left uni. Fifteen years was a long time. Many others had fallen by the wayside by that point. But there had been a few moments that had… changed things.

Connie realised she had bitten her lip at that thought. Hard. Wow. She could actually taste blood.