Do you enjoy untypical coming-of-age stories? Well you find one more untypical that Moxie’s Problem. Moxie is an obnoxious, teen-age princess who has never been outside her father’s castle. Until now. The real world is quite different and she struggles to come to grips with reality.
The story takes place against a backdrop of Camelot. But it isn’t the Camelot of legends. It’s Camelot in a parallel universe. So, all bets are off!

While on an adventure, three Knights of the Round Table, Percivale and his companions, Bors and Gareth, meet the legendary Green Man who offers to speed them on their way out of Sherwood Forest. Gareth is a knightly chef, uses a spatula and a skillet instead of a sword and shield. Bors is also an accountant and Percivale makes drawings of his adventures and battles.
The knights request the Green Man to send them south close to Camelot. Unfortunately, the Green Man is ignorant of human directions and sends them north. 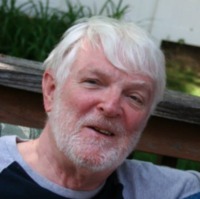 Hank Quense writes humorous and satiric scifi and fantasy stories. He also writes about fiction writing and self-publishing. He has published 14 books and 50 short stories along with a few dozen articles. He often lectures on fiction writing and publishing and has a series of guides covering the basics on each subject. He is currently working on a series of two humorous novels that take place in the Camelot era.

He and his wife, Pat, usually vacation in another galaxy or parallel universe. They also time travel occasionally when Hank is searching for new story ideas.