Rise of the Sidenah by C.M Story – Book Review

Rise of the Sidenah by C.M Story – Book Review 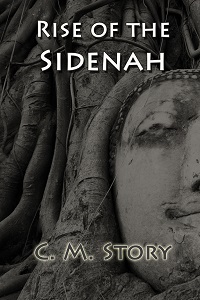 Adrienna Vedica can’t remember a time when she didn’t long to build the creatures living in her imagination. One day, she hopes to sculpt them out of stone, like the great statues that guard the Celany village.

She doesn’t understand why everyone seems to disapprove.

It’s only when Tishaan, a powerful man in the high council, agrees to help her sculpt that Adrienna is finally able to pursue her passion. She dives into her work, but creates with such energy that she collapses from exhaustion before seeing the final results, giving Tishaan time to hide her masterpieces away.

Her mentor, Sreng–the man she secretly loves–tries to convince her that Tishaan is using her, but she can’t abandon her art. Only when people start showing up dead does she think again. There’s something off about Tishaan…and then Sreng shows her one of her early works.

But something is wrong.

Adrienna has always dreamed of becoming a sculpture, but the people in her life and those around her have always disapproved of the idea.

Tishaan, who works for the high council, believes in her and offers to train her. But does her have an ulterior motive for doing so

Rise of the Sidenah is one of the most frustrating of books I have ever read. The foundation of the story is a great idea, however it has, in my opinion, been poorly executed.

The story dives right in to the action and with poor world-building it leaves us with an incomplete back-story and a feeling of always playing catch-up, especially when it comes to the characters and the setting. For example; who are the Celany’s? What gives them the right to rule over the natives the Penkarrianns?

It’s only when you reach the novel’s closing chapters do you start getting the back-drop and the reasons for the situations Adrienna finds herself in. This though didn’t satisfying my need for information.

The magic system is also interesting, but like the dynamic between races, it is all left hanging over your head expecting you to already know what this is and how it works. It’s like taking an exam you haven’t been allowed to study for.

The violence is brutal, but the set-pieces lack variety. The land is a puzzle, rocky canyons right next to lush prairie right next to closeted woods. All very convenient.

Adrienna herself is a frustrating, though a believable character. She is strong and wilful, whilst at the same time vain and selfish. Very human and so un-heroic like. She is however importantly given room to grow throughout.

Tishann and Sreng have an interesting dynamic which appears to come from lack of planning and is a secondary, reactive relationship to the novels situation’s rather than a relationship that has grown with ebbs and flows.

Somewhere in here there is a good novel trying to get out. Unfortunately, in its current edition Rise of the Sidenah doesn’t work. 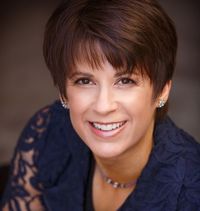 C. M. Story has always been a fan of fantasy in all its many forms, including the kind she frequently indulged in during boring lectures in school.

She didn’t try her hand at penning her own stories, however, until long after she’d gotten her Bachelor’s degree in music. (She plays French horn and piano, performs in the symphony, and still teaches lessons to this day.)

Once she sold her first short story, she got a writing job and never looked back. Today she runs a successful freelance writing and editing business out of her home in Idaho, and frequently travels to other inspiring places with her trusty laptop in tow.

And yes, despite rumours to the contrary, “Story” is her real last name.